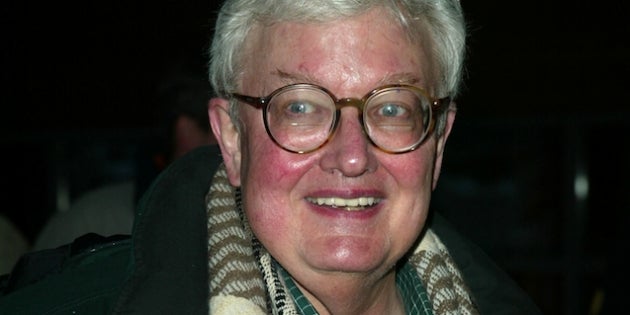 With the death of legendary film critic Roger Ebert at the age of 70 on Thursday, performers, directors and writers took to Twitter to express their grief and remembrances.

Those reflecting on Ebert's death — many of them sharing memories of meeting him —  remembered the critic as both a gifted writer and a kind human being.

Read below for some of the more poignant tweets about Ebert's death.

"Goodbye Roger Ebert, we had fun. The balcony is closed." — Steve Martin

"Roger, I hope you're in an infinite movie palace, watching every film the great directors only dreamed of making. RIP, @ebertchicago" — Patton Oswalt

"Roger Ebert. Millions of thumbs up for you. RIP" — Michael Moore (who also linked to a story from his autobiography about his first meeting with Ebert) "R.I.P. Roger Ebert. It was a privilege to interact with you. Thank you for the support, the criticism, and the true love for the movies." — Diablo Cody

"Roger Ebert was an excellent writer, a gifted artist, and as nice a guy as you'll ever meet. Sad he's gone." — Jimmy Kimmel

"All my love to Chaz Ebert as we mourn the loss of Roger. He had an indomitable spirit & was one of the gutsiest people I knew. RIP my friend." — Leonard Maltin

"#RogerEbert~ movies, folks/fans will miss you. Thank you, Sir, for your fine contributions to film. #rip " – Eliza Dushku

"Sad to hear about the passing of Roger Ebert, he was a grand man & in my opinion the dean of American film critics-he will be sorely missed" — Larry King

"Thanks to @ebertchicago who turned his thumb up for me and @jayduplass and THE PUFFY CHAIR before anyone knew who we were. RIP." – Mark Duplass

"Ever a class act, @EbertChicago made me love movies even more." – Seth Green

"Roger Ebert will be revered for his contribution to filmmaking and to our city." — Rahm Emanuel

"We lost a thoughtful writer, I remember my first review from him, pi (i got his and siskel's thumbs) it was a career highlight." — Darren Aronofsky