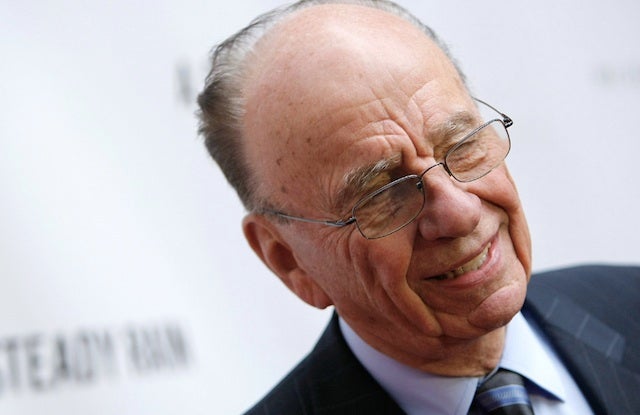 Rupert Murdoch's wallet got a little lighter this year.

The media baron took a $1.1 million paycut in 2013, earning $28.9 million in salary, bonuses and other compensation, according to SEC filings for 21st Century Fox. That's less than the $30 million Murdoch earned in 2012 and the $33.3 million in total compensation he received in 2011.

The year was an eventful one for Murdoch. Not only did he begin the process of divorcing his third wife, Wendi Deng Murdoch, but he also saw News Corp. split into two separate, publicly traded companies. 21st Century Fox holds film and television assets such as 20th Century Fox studio and Fox News, while the new News Corp. is comprised of publishing brands like the Wall Street Journal and the New York Post.

In addition, public filings for 21st Century Fox reveal that John Nallen, the company's newly minted chief financial officer,will receive a base salary of  $2 million per year and is eligible to receive an annual bonus of between $3 million to $6 million as part of a three-year contract agreement.