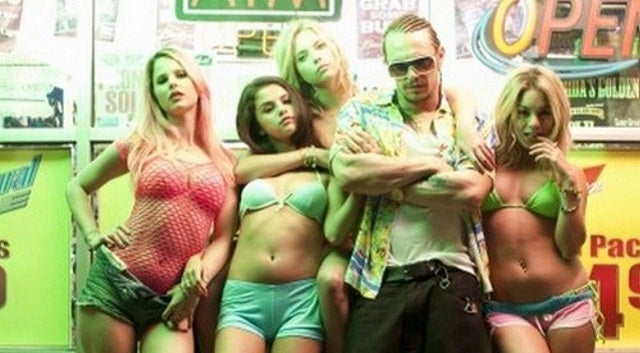 “Spring Breakers” broke out at the specialty box office this weekend, taking in $270,000 from three theaters for a stunning $90,000 per-screen average, easily the biggest limited debut of 2013 and among the best ever.

James Franco, who's also starring in “Oz the Great and Powerful, is front and center in the R-rated “Spring Breakers,” along with Selena Gomez, Vanessa Hudgens and Ashley Benson.

Also read: 'Burt Wonderstone' Can't Take 'The Call' at Box Office as 'Oz' Repeats at No. 1

Harmony Korine wrote and directed the tale of four college girls who land in jail after robbing a restaurant in order to fund their spring break vacation and are bailed out by a drug and arms dealer — played by Franco — who wants them to do some dirty work.

Indie distributor A24 released the film, which was produced by Megan Ellison's Annapurna Pictures. It debuted last week at the South By Southwest Film Festival.

The "Spring Breakers" debut made it quite a weekend for Franco, along with "Oz the Great and Powerful." The $200-million Disney CGI extravaganza took in an estimated $42.2 million in its second week and raised its overall domestic total to more than $145 million.

"The Master" posted 2012's biggest specialty box office opening, taking in $729,745 from five theaters for a $145,949 per-screen average. And Wes Anderson's "Moonrise Kingdom" rolled up up a per-location average of $130,752 while playing in four theaters on Memorial Day weekend last year.