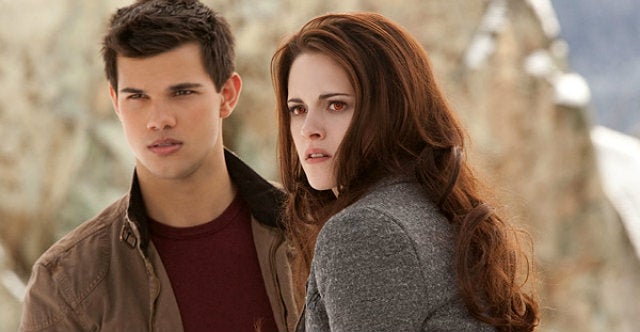 Someone's trying to take a big bite out of the "Twilight" vampire movie franchise. A $500 million bite — to be exact.

Filmmaker Between the Lines is suing "Twilight" studio Summit Entertainment and its parent company, Lionsgate Entertainment, seeking half a billion dollars in an anti-trust complaint.

In the suit obtained by TheWrap, Between the Lines accused Lionsgate and Summit of employing "a vexatious legal strategy that seeks to collapse every conceivable intellectual property right granted by trademark or copyright law" in an effort to quash "Twilight" parodies and other products that play off of the hugely successful vampire series.

Between the Lines claims that it produced a "Twilight" parody movie, "Twiharder," that used the "Twilight" story "as an object of ridicule, criticism and sociopolitical commentary."

In the run-up to the release of last year's "The Twilight Saga: Breaking Dawn – Part 2," the lawsuit claims, "Twiharder" drew interest from distributors, and a deal was struck with one of them.

However, the complaint alleges, after Lionsgate and Summit sent out a "sham 'cease-and-desist' C&D notice," the distributor pulled out of licensing the film.

The suit suggests that "Twiharder" falls within the "Fair Use Zones" that are "populated by independent filmmakers, parodists and other 'counter-cultural' artists who create separate or derivative works that may be related to, inspired by or comment upon the pop culture events that dominate the national Cineplex and, by extension the attitudes, perspectives and behaviors of the populace."

Between the Lines is seeking a total of $500 million in damages, stemming from two of the lawsuit's five counts.

Lionsgate and Summit had no comment for TheWrap on the suit.

Watch the trailer for "Twiharder" below.