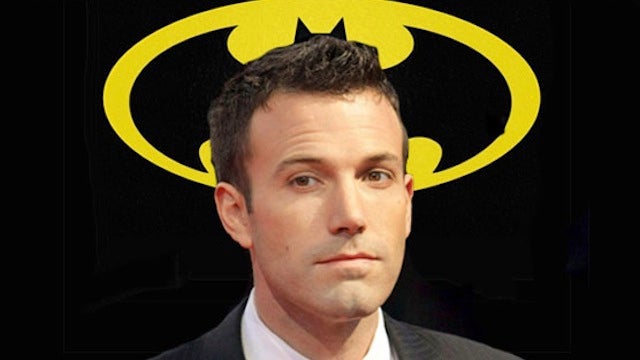 OMG they’re giving Peter Parker organic web-shooters in Raimi’s “Spider-Man” THIS WILL SUUUUCK! Daniel Craig as James Bond? 007 CAN'T BE BLOND!!! They are giving the Avengers to the “Buffy” guy no way WE MUST PROTEST!

Take a deep breath. Calm down. Thanks to message boards and Twitter and Hall H of Comic-Con and any number of other nerd-based Town Hall situations in the real and virtual world, Fanboy Nation has turned into a mob of Annie Wilkeses.

You remember Annie Wilkes, the insane nurse in Stephen King‘s “Misery” who imprisons and tortures her favorite author, forcing him to rewrite his latest novel to her liking. Spend enough time on Twitter or on certain message boards, and you’ll come away thinking that there any number of enthusiasts out there who would happily apply Annie’s tactics to the decision makers behind movies based on comic books, ongoing genre TV shows and popular YA novel franchises.

Here’s the thing, though, Bat-fans: You don’t get a vote, except at the box office. I’m not going to argue that a big-studio, big-budget adaptation of a superhero graphic novel is necessarily art, but I will defend the right of its creators to make whatever decisions they deem best. If Tim Burton wanted to cast the “Mr. Mom” guy as Batman, Warner Bros. stood behind the decision, even though they allegedly received some 50,000 complaints about it.

Given the fact that 1989’s “Batman” broke box-office records, it’s fairly safe to assume that most if not all of those 50,000 people eventually saw the movie – at least once.

And now, nearly a quarter century later, a new generation of self-appointed guardians of Batman have their replica Underoos in a twist over Thursday’s announcement that Ben Affleck will suit up as the Dark Knight in the upcoming “Man of Steel” sequel.

Seriously, everybody needs to relax.

Yes, we know: “Daredevil.” Affleck’s performance in this 2003 Marvel Comics adaptation, his one previous sojourn into the world of superheroism, does not rank among the actor’s proudest moments. It’s worth pointing out, however, that many of his career highlights have taken place since that movie – notably, his strong performance in “The Town,” one of three exceedingly entertaining and well-crafted films that Affleck has created since adding “director” to his résumé. And it’s not just the choice of Affleck that made fans certain that doom lay ahead – expectations for Christian Bale and Heath Ledger’s casting in the now-sacrosanct Christopher Nolan Bat-trilogy weren’t exactly met with dancing in the streets either, even though both turned out to be solid picks.

And speaking of Bale: Didn’t he sort of prove that the role is really all about playing Bruce Wayne? Once you step into the Big Suit, it sort of does it all for you. When people talk about how much they hate “Batman and Robin,” they put the blame on Joel Schumacher but never on George Clooney. If you’ve got a pronounced chin and a commanding voice, you’re 80% there, and Affleck can certainly bring those into play.

If Affleck sucks as Batman, he’ll suck, and we can all complain about it afterward. But in the meantime, this was a decision made by the handful of people who have been empowered to do so, and all the second-guessers out there in Facebook-land need to shrug it off.

Because even if this “Man of Steel” sequel tanks — and, to paraphrase tweets from Geoff LaTulippe and Brent Simon, why is no one concerned that there’s no script for a major release that’s hitting screens in less than two years? — most of us will carry on with our lives.

As critic Matt Singer recently pointed out, “No one hates ‘Star Wars’ quite like a ‘Star Wars’ fan,” and that’s an affliction that seems to have infected super-fans of all stripes. So while the Affleck-haters gnash their teeth over what’s being done to their beloved hero, Warner Bros. gets reams of free publicity, plus the knowledge that those same gripers will faithfully line up on opening weekend, if only so they can blog “I told you so” from here to eternity.