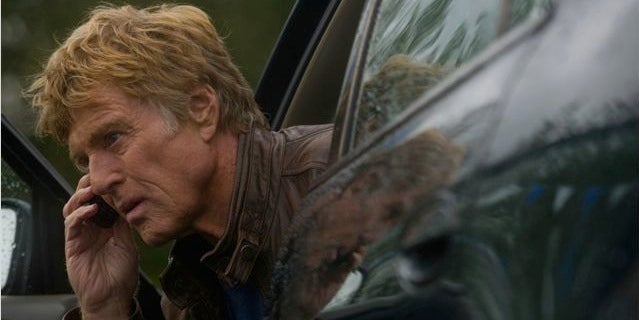 In adapting Neil Gordon’s novel about members of the Weather Underground still on the lam decades later for their violent actions, director Robert Redford and screenwriter Lem Dobbs (“The Limey”) could have tackled big ideas about dissent and protest, honed a character study about aging radicals and the young journalist chasing after them, or even dug into Redford’s past as the star of “All the President’s Men” and “Three Days of the Condor” and crafted a gripping thriller. Option four was apparently to make a dull and uninvolving drama that flirts with big ideas without saying anything new or interesting about them, while offering up flat characters that feel stale and familiar. Sadly, that’s what we get with “The Company You Keep,” a thoroughly stodgy exploration of the ghosts of the past that has exceedingly little to say about the Vietnam era, the ethics of violent protest or the standards of what’s left of the newspaper business.

Redford stars as Jim Grant, a widowed lawyer in upstate New York raising a young daughter. When former Weather Underground member Sharon (Susan Sarandon) comes in from the cold after 30 years and gets taken in by the FBI for a bank robbery that led to the death of a guard, Jim turns down the opportunity to represent her.

With information from old college pal Diana (Anna Kendrick), who’s now with the FBI, Albany reporter Ben Shepard (Shia LaBeouf) figures out that Sharon deliberately turned herself in. A little more digging makes him realize that Jim, who has been avoiding an interview, is actually Nick Sloan, a co-conspirator of Sharon’s.

Soon, Jim and his daughter are on the run, with Ben in pursuit. After Jim drops his child off with his brother (Chris Cooper), he heads to his old haunts in Ann Arbor, Mich., connecting with former cohorts while Ben chats up a retired police chief (Brendan Gleeson) who knows more than he initially admits.

All roads lead to what’s supposed to be Jim’s fiery reunion with his ex Mimi (Julie Christie), who has walked out of six identities over the last three decades while still sticking it to The Man as a pot smuggler. There was a time when the pairing of Robert Redford and Julie Christie would have promised genuine cinematic fireworks, but when they finally meet up, we get a damp fizzle of questionable chemistry and uninteresting dialogue about the system, man.

Viewers would be forgiven for wondering why characters keep saying “thirty years ago” when talking about the fatal bank robbery, since the early 1980s were less known for radical activism and more for the likes of Jerry Rubin getting jobs on Wall Street. “The Company You Keep” squeaks by on a technicality — the Weathermen did carry out a 1981 armored-truck robbery — but the timing generally seems off. The 76-year-old Redford was already in his 30s when Nixon went into office, so he and most of his co-stars seem a touch long in the tooth to play 1960s radicals.

Granted, the age thing would be forgiven in a movie interesting enough to keep you from doing math in your head, but this is a singularly dreary bit of business. The film shouldn’t have to come down on one side or the other when discussing the Weathermen and their abandonment of non-violent civil disobedience, but there’s not a single exchange that feels remotely provocative or insightful.

Given “All the President’s Men,” it’s sort of amusing to see Redford play a character with little love of investigative journalists, but that’s about the wittiest concept “The Company You Keep” has to offer. Redford elicits a handful of memorable performances from his cast — this ranks among LaBeouf’s finest work, for whatever that’s worth — but it feels like a wasted opportunity to explore one of the last great moments of American dissent. We have met the enemy, and it is dull.