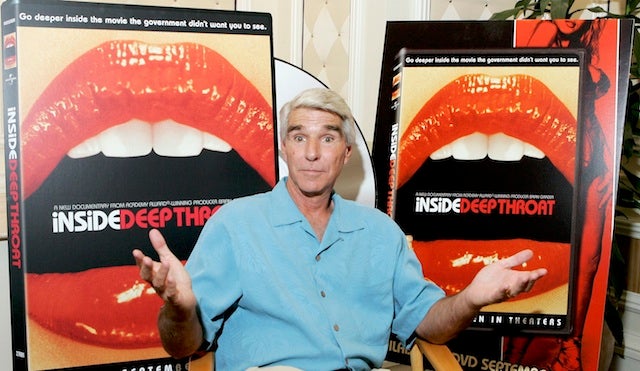 Harry Reems, star of legendary pornographic film “Deep Throat,” has died, according to an official at the VA hospital in Salt Lake City. Reems died Tuesday at the George E. Wahlen VA Medical Center. He was 65.

A self-described close friend, Don Shenck, had posted a personal obituary notice on a message board Tuesday. Shenck wrote that Reems was recently diagnosed with pancreatic cancer. Reems entered the hospital March 5 due to jaundice and fell into a coma last week. The controversy surrounding the film led the FBI to indict Reems for conspiracy to distribute obscene material across state lines, a charge he was initially convicted of before a higher court overruled the decision.

Reems aspired to be an actor in non-pornographic films, and in the late 1970s was cast in his first studio movie, “Grease,” but was kicked off the project because of his scandalous past.

“Acting was my true love, and I buried that possibility by going into adult films,” Reems told Dave Itzkoff for a 2005 New York magazine piece. “The writing was on the wall. There was no place for me in conventional entertainment.”

Born in Manhattan, he grew up in the suburbs and then enlisted in the Marines. After a brief term of service, he was honorably discharged and then pursued acting.

Throughout the 1970s and 1980s, he appeared in more than 100 pornographic films, including "Forced Entry" and "The Devil in Miss Jones."

During the second half of his career, upset by his inability to break through to more traditional acting and low on funds, he turned to alcohol and panhandling.

Yet by the late 1980s, Reems moved to Park City and not only got sober but had a second act as a successful real estate broker. It was in Park City that he met Jeannie, his wife of the last two decades.

He is survived by Jeannie and his brother.