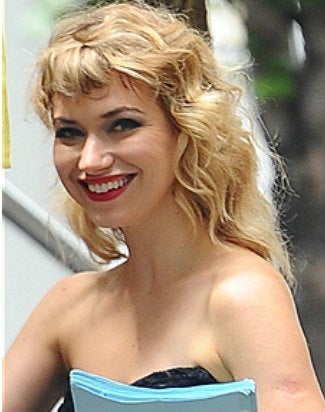 Wes Anderson and Noah Baumbach are producing with Holly Wiersma, and production is currently under way in New York.

Poots will play a prostitute-turned-Broadway-actress who gets a career boost from a married Broadway director (Wilson) who falls for her.

Jennifer Aniston co-stars as a therapist in the movie, which finds Cybill Shepherd and Richard Lewis playing Poots’ parents.

Poots, who starred opposite Anton Yelchin in DreamWorks’ remake of “Fright Night,” will soon be seen alongside Aaron Paul in the studio’s upcoming action movie “Need for Speed.” She also appears in the Jimi Hendrix movie “All Is By My Side,” Terrence Malick’s “Knight of Cups” and the romantic comedy “Are We Officially Dating,” as well as adaptations of Nick Hornby’s “A Long Way Down” and Irvine Welsh’s “Filth.”