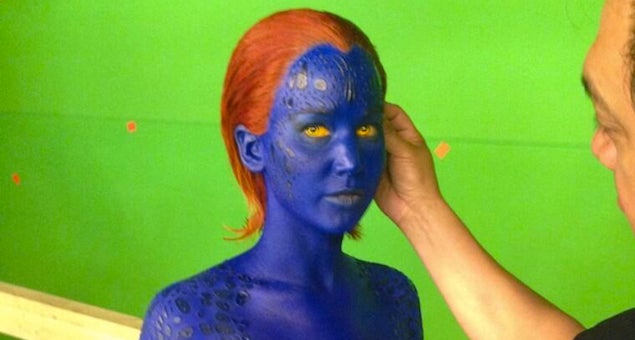 Jennifer Lawrence is once again baring it all in blue for sequel "X-Men Days of Future Past."

Director Bryan Singer continued his trend of tweeting the movie's actors in costume on Monday when he posted the first look at Lawrence in costume as Mystique — a shape-shifting mutant previously portrayed by Rebecca Romijn.

"First look: #JenniferLawrence as a vengeful #Mystique," Singer wrote with the pic.

Here's Lawrence in all of her glory: