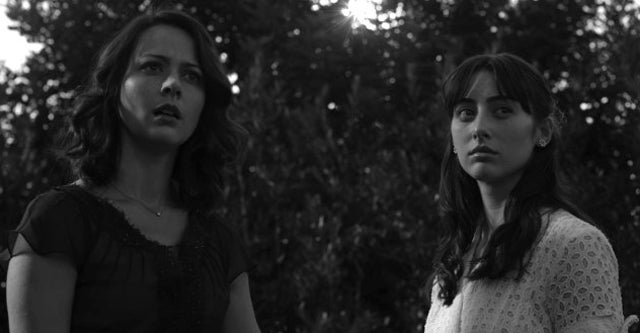 If we were grading “Much Ado About Nothing” purely on daring, Joss Whedon would deserve heaps of praise for following up one of the highest-grossing movies ever made, “The Avengers,” with a low-budget Shakespeare film, reportedly shot in just 12 days in and around the adapter-director’s house.

Would that the movie itself were as fresh and bold as its own production; while Whedon, no stranger to witty repartee himself, has a feel for the wordplay and japery of this classic romantic farce, the final results are disappointingly mediocre. The film’s most front-and-center problem is the casting of Alexis Denisof (“Angel”) in the lead role of Benedick. (Denisof, like many of the actors featured here, has a track record with Whedon’s earlier film and TV work.) “Much Ado” centers around the brash Benedick, who claims he will remain ever a bachelor, and the “merry war” of wits he conducts with the fair and sharp-tongued Beatrice (Amy Acker, “Dollhouse,” “The Cabin in the Woods”), who similarly plans never to wed.

See video: 'Much Ado About Nothing' Trailer: Joss Whedon's Duet With Shakespeare

The balance between these two equal rivals – and the way they are tricked into turning their passion for each other from hate to love – is essential to the story, but while Acker successfully portrays a woman too smart and too strong to be shoved to the altar, Denisof never matches her fire. Without a Benedick that is up to her level, we don’t want to see Beatrice fall in love, and the inequity between the leads sinks the movie.

It’s a pity, because the cast is otherwise strong, from Clark Gregg (“The Avengers”) as the magnanimous Leonato to Riki Lindhome (half of the comic musical duo Garfunkel and Oates) as the devious Conrade to Nathan Fillion (who would have made a much better Benedick) and Tom Lenk, who steal their every scene as bumbling lawmen Dogberry and Verges. (The movie is modern dress, but the enforcers of the law all wear ’70s TV cop show polyester.)

Even allowing for the fact that the film was made quickly and on the cheap, this “Much Ado About Nothing” looks rather flat and wan; there’s a difference between shooting in black and white versus not shooting in color that seems to have eluded the cinematographer.

The art direction’s nothing too exciting, either; if Whedon hid the nice fixtures away while his home was full of crew members and lighting cables, no one would blame him. As it is, the surroundings are so lifeless and generic that he could have shot the whole thing at a Crate & Barrel.

Nonetheless, credit is due Whedon for knowing how to get to the heart of the material, and shaping the performances in a way that makes Ye Olde Iambic Pentameter pop for contemporary audiences. None of the updates feel overly clever or excessively in-your-face; Whedon uncovers the timeless nature in the various love stories and conspiracies and finds the right notes to keep them fresh.

“Much Ado About Nothing” is probably the only Shakespeare adaptation to date that could fill Hall H at Comic-Con, and there’s enough here that works to make one hope that Whedon might tackle the Bard again. Maybe next time he can get some tips from that Branagh guy – you know, the one who directed “Thor.”