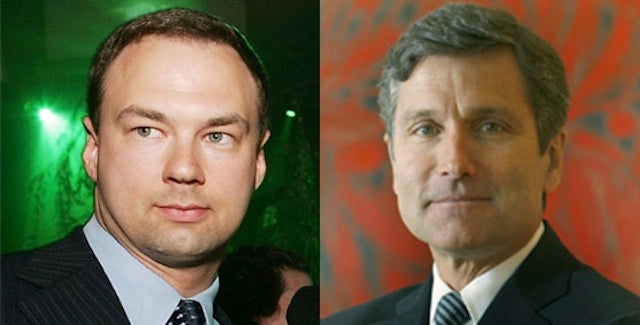 NBCUniversal is in the lead to make a distribution and production deal with Legendary Pictures, which is set to end its eight-year deal with Warner Bros., two individuals with knowledge of the deal told TheWrap.

Legendary CEO Thomas Tull has been meeting with rival studios to decide whether he wants to leave Warner's when his contract is up at the end of the year on the heels of tension with executives there. He said last week he’d decide within 60 days.

NBCU is in first position to make the deal, which could be done by the end of the week, one of the individuals said. It would be a multi-pronged partnership involving distribution rights to Tull’s movies, co-financing of Universal movies and television partnership.

NBCU CEO Steve Burke has been involved in the negotiations, the individuals said.

Other studios who’ve been angling to get in business with Legendary are Fox and Sony.

The partnership would be a big win for Universal, which has been on something of a roll this summer, and a blow for Warner Bros., which has seen a series of setbacks surprising for one of Hollywood’s most stable players.

Universal has had recent success with the blockbuster reboot of “Fast & Furious 6,” happy surprises like “The Purge” and the upcoming “Despicable Me” sequel.

The Legendary deal would give the studio long-term content for its distribution pipeline, as Tull can provide high-profile, tentpole movies with A-list talent, while Universal takes no risk and collects a distribution fee.

The deal would also involve Legendary co-financing Universal movies, though the exact movies he’d have access to is not finalized.

“He brings the magic, and the magic today is money,” said one executive asked about the value of the deal. “He has a track record of being very successful.”

From Tull's perspective, NBCUniversal brings the multiple elements he's looking for — movie studio, theme park, digital outlets, television and cable. "If you're Tull, you want all of it," said one knowledgeable individual.

In little over a decade Tull has built one of the most impressive movie companies in the business. He has done so at a time when capital has been scarce and U.S. audiences diminishing.

Raising money from Wall Street, Tull co-financed many of Warner's biggest franchises — including “The Dark Knight” and “Hangover” series —  and has since undertaken production on his own, such as with the upcoming “Pacific Rim,” directed by Guillermo del Toro and set to open next month.

“Pacific Rim” will be a major test of Tull’s ability to make his own movies. The $180 million action movie with giant monsters has not been tracking strongly.

Still, Tull has been on a growth tear of late, hiring former Warner Bros. Television Group president Bruce Rosenblum to grow a TV division and partnering with one of China’s biggest film companies, China Film Group, to co-produce and distribute movies there.

Tull’s decision to leave Warner's is the latest setback to hit what has for a decade been one of the most stable entertainment companies in Hollywood. In the space of just a few months and on the heels of Kevin Tsujihara becoming the CEO, the company has lost top executives and now one of its most successful partnerships.

Rosenblum left to build a television division for Tull at Legendary. And studio chief Jeff Robinov has not been seen on the lot for a week and is believed to have left or is on the verge of doing so.

Tull founded Legendary Entertainment in 2000 after raising $500 million from private-equity firms. It was one of the first companies of its kind to pair major motion-picture production with major Wall Street private equity and hedge fund investors.