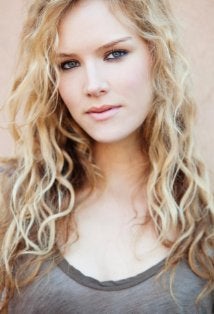 It could be ready for release next summer, in time for the 20-year anniversary of the infamous 1994 crime.

A representative for Kirk told TheWrap that she is attached to the sure-to-be controversial project, which Newton will write and direct.

Kirk will portray Brown Simpson from when she first met the famous football star as an 18 year-old in 1977 to her untimely death alongside Ron Goldman.

Newton claims to have discovered startling new evidence in the sensational case, which featured a gruesome crime scene, an infamous car chase, a celebrity defendant and a televised trial fraught with racial sensitivity that was the most viewed judicial proceeding in the history of American television.

Several prominent individuals from across the sports and political spectrums are lending their celebrity to the project, which is backed by an Anglo-European-American group of venture capitalists and hedge fund managers.

Executive producers include former NBA star Bo Kimble and Diane Watson, the former U.S. Representative for California’s 33rd Congressional district who has been an inspirational force behind the project ever since she and Newton began discussing the concept nine months ago when development started. According to Newton, Simpson himself expressed a desire to be involved with the project upon learning of its existence, though the filmmaker turned him down.

“‘An American Mystery’ has the capacity to challenge entrenched attitudes on a topic that has inspired visceral reactions for almost a generation,” said Newton. “While we are creating an artistic work, the essence of the film is the search for truth. It was easy to determine that OJ’s participation is not consistent with our standards. Our goal is to lay bare the facts and have the audience reach their own conclusions,” he added.

While Simpson was acquitted of the double homicide, passion and controversy still surround the topic of his innocence, which remains at odds with the wrongful death verdict at the ensuing civil trial.

Also read: O.J. Innocent? The Many Flaws With ID’s New Theory of the Simpson-Goldman Murders

“An American Mystery” will present several other suspects with both motive and opportunity to commit the crime, resulting in a “whodunit” thriller about one of the most controversial criminal cases ever. The film aims to provide a fresh perspective that will allow audiences to reconsider the merits of the case and the likelihood of Simpson’s innocence or guilt.  Newton said he will present newly-discovered facts, though details remain shrouded in secrecy for now.

Kirk, who does bear a resemblance to Brown Simpson, will soon be seen alongside Liam Neeson in the airplane thriller “Non-Stop,” which flies into theaters next February. She also co-starred alongside James Franco and Olivia Wilde in “Black Dog, Red Dog,” Kirk is represented by Clear Talent Group and Raymond J. Markovich of 4PIX.

Newton’s “Justice/Vengeance,” formerly titled “Iron Cross,” bills itself as Roy Scheider’s final film and is scheduled for release in October. The $27 million Holocaust thriller was called “the most important film since ‘Schindler’s List'” by Rabbi Marvin Hier, the dean and founder of Los Angeles’ Museum of Tolerance, which honored Newton at its film festival along with Clint Eastwood.