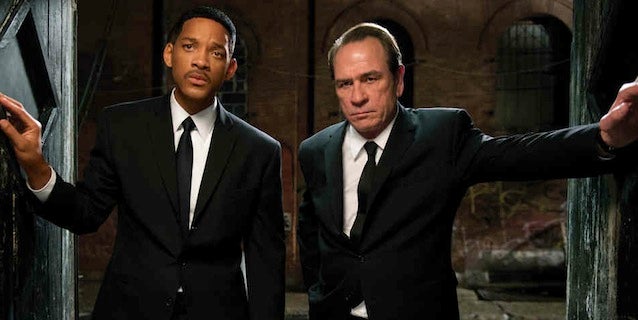 Sony Pictures has quietly started development on a new chapter in the "Men in Black" franchise, tapping Oren Uziel ("The Kitchen Sink") to write "Men in Black 4," TheWrap has learned.

Additionally, Uziel has been hired to rewrite the studio's upcoming sequel to last year's hit comedy "21 Jump Street," an individual familiar with both projects told TheWrap.

Sony is already developing Uziel's monster mash-up movie "The Kitchen Sink," which was voted to the 2010 Black List. The studio now is placing a big bet on Uziel, who will finish writing the "21 Jump Street" sequel before moving on to "MIB 4," details of which are being kept under wraps.

"Men in Black 3," which found Josh Brolin and Emma Thompson joining original stars Will Smith and Tommy Lee Jones, grossed $625 million worldwide last summer and was the highest-grossing film in the franchise. The "21 Jump Street" sequel will find stars Channing Tatum and Jonah Hill graduating from high school hijinx to collegiate crime. Ice Cube is also expected to reprise his role as their no-nonsense boss.

While directors Phil Lord and Chris Miller also will be back in the saddle, they entrusted the latest draft of the script to Uziel because they're focused on wrapping "The Lego Movie" for Warner Bros.

Tatum and Hill are expected to produce with Neal Moritz of Original Film.

Sundance starlet Mackenzie Davis, ("Breathe In"), Nicholas Braun ("Red State") and Josh Fadem ("The Eric Andre Show") are expected to star in "The Kitchen Sink," which Matt Tolmach will be producing for Sony later this year.

Uziel is repped by WME, Circle of Confusion and attorney David Fox.