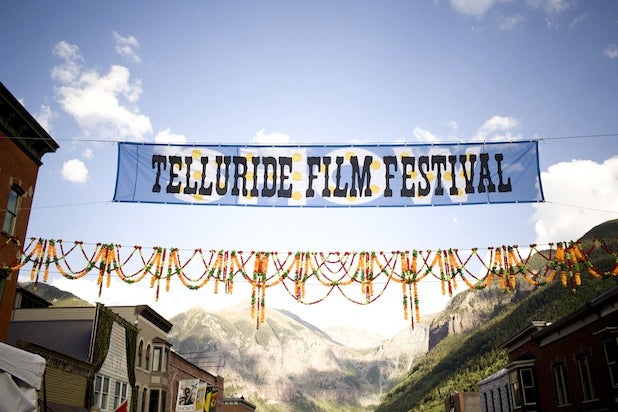 Alfonso Cuaron‘s “Gravity,” Jason Reitman‘s “Labor Day,” Alexander Payne‘s “Nebraska,” the Coen brothers’ “Inside Llewyn Davis” and J.C. Chandor’s “All Is Lost” are among the films that will be trekking to the Colorado mountains for the 40th Telluride Film Festival, which will also present special tributes to Robert Redford, Iranian director Mohammed Rasoulof and the music/movie collaborations of T Bone Burnett and the Coen brothers.

Also on the slate for the festival, which in keeping with tradition didn’t announce its lineup until the day before its Thursday opening: Abdellatif Kechiche’s Palme d’Or winner “Blue Is the Warmest Color,” Ralph Fienne’s drama about Charles Dickens, “The Invisible Woman,” Asghar Farhadi’s “The Past,” Jonathan Glazer’s “Under the Skin” and documentaries from Errol Morris (“The Unknown Known”), Werner Herzog (“Death Row: Blaine Milam and Robert Fratta”) and magician Teller (“Tim’s Vermeer”).

The festival schedule also has a number of “TBA” slots, some of which are used for additional screenings of announced films but some for unannounced “sneak previews.” (Last year, Ben Affleck’s “Argo” was in the latter category.) Many of the high-profile films and awards contenders screening at Telluride will also be part of the lineup at the much larger Toronto International Film Festival the following week, although “Inside Llewyn Davis,” “Nebraska” and “All Is Lost” are notably skipping that festival.

On Wednesday morning, Telluride also announced that instead of a single guest director, this year’s festival has six, each of which have selected a film or program: authors Don Dellillo, Michael Ondaatje and Salman Rushdie, actor/director Buck Henry, critic and poet Phillip Lopate and film professor B. Ruby Rich.

SPECIAL 40TH ANNIVERSARY EVENTS
Story Night: “From the Sidelines to the Playing Field: An Evening of Stories on Risking Failure for Fealty”
Get Behind the Scenes of Get a Horse!