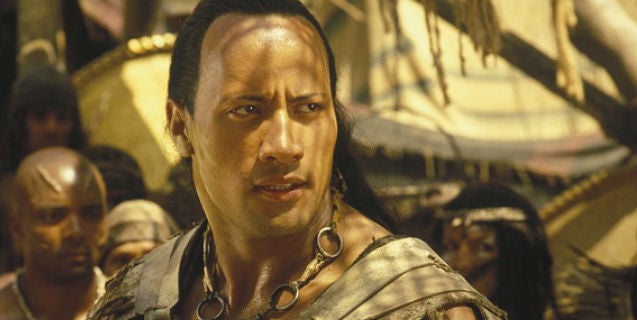 A big budget “Hercules: The Thracian Wars” production starring Dwayne Johnson is stirring controversy in the visual effects community because of a decision by co-producer MGM to base all the post-production in the United Kingdom, according to insiders on the movie.

With the $110 million budget for the film already inching up, MGM has told bidders on the project directed by Brett Ratner that $30 million of post-production needs to take place in the United Kingdom.

A spokeswoman for MGM said the studio had no comment. A production executive close to the film said only that the film “is a European production, so everything is being done in Europe.”

The decision was presumably because the U.K. has a generous tax incentive, which in this case would yield a $6 million credit back to MGM. The visual effects business, about $18 million of work, has been awarded to Double Negative, a VFX company based in London.

A spokeswoman for Double Negative declined to comment on the matter, when reached by TheWrap.

But an insider on the project has told TheWrap that the numbers don’t add up. A rival bid from Hydraulx, a competing company with a Vancouver outpost, came in at a lower figure and would have yielded a similar tax incentive. And other post-production work in other countries would also yield tax credits, for a total far in excess of $6 million.

"MGM was adamant that the spend can’t be below $30 million. It doesn’t add up. Something smells wrong here,” said the insider. “If you took all the other disciplines besides visual effects – the sound mix, post, 3D conversion – you’d find another $5 million in tax credits.”

The chase after tax incentives has become an overriding factor in production decisions, with the United Kingdom winning a lion’s share of that business. The rapid movement of production decisions has wreaked havoc on one visual effects company after another, as they have faced bankruptcy and fire sales because of the devastating impact of incentives to their business model.

“Hercules” is a rare new production for MGM, and one with a substantial budget. Ratner is directing the action movie, which is currently in pre-production in Hungary. It is scheduled for release in 2014.

Paramount, a co-producer on the project, had no immediate comment.

The story stars Johnson as the Greek god Hercules, the son of Zeus. After the loss of his family, Hercules turns his back on the gods and embraces a life in bloody battle. He turns to the King of Thrace to train the greatest army of all time.