The chairman of the Motion Picture Association of America Dan Glickman hinted Monday that he may not continue to head the association after the end of his contract next year.

In an interview with TheWrap, the former congressman and Clinton administration U.S. Agriculture Secretary who was tapped to head the MPAA in 2004 after the death of Jack Valenti, said he is committed to representing the association — especially in its fight against piracy — until his contract ends in fall of 2010.

But he is uncertain what comes next. 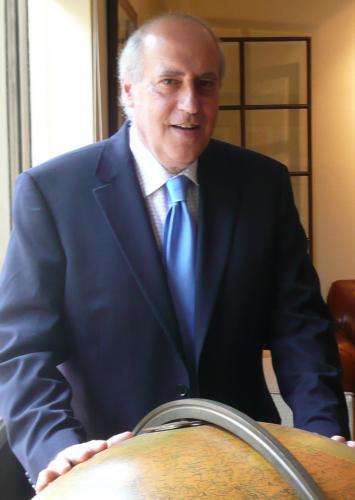 “I like the job, but I also have a lot of other interests,” he told TheWrap. “My contract last year was extended through most of next year."

Asked if he thought he would leave after that, Glickman said he was unsure. " What I do after that, I don’t know … Whether I stay on or move to another place."

Glickman recently wrote an article for Foreign Policy magazine about ways to deal with hunger; he said he has developed a serious interest in that subject.

"This is an important industry. But I have never intended to stay as long as Jack did, that I will tell you.”

Valenti, who created the current film-rating system, ran the agency for 38 years.

He denied there was any tension between himself and any of the moguls who represent the major studios that make up the MPAA.

The MPAA is continuing to fight piracy on a number of fronts. It is working with the U.S. Trade Representative to push foreign countries to crack down on piracy. It is working at home to crack down on web piracy and in Congress and at the Federal Communications Commission to make sure government policies don’t inadvertently allow piracy.

Glickman is hopeful the Obama Federal Communications Commission will take up its stalled request to ease rules that currently prevents studios from making first-run movies available on cable for video-on-demand showing.

Asked about the issue on Monday in another interview with TheWrap, FCC Chairman Julius Genachowski said he was not yet familiar with the issue.

Studios are seeking the right to block secondary outputs – and thus prevent consumer copying – on a TV or cable box during VOD broadcasts.

“This is a high priority for us,” said Glickman.

He said another immediate concern is that the White House, in pushing to prevent ISPs from giving favored content providers a higher speed path to consumers’ desktops (so-called "net neutrality"), might somehow prevent  providers from limiting pirated content.

“We don’t want to legitimize piracy,” he said.

But he said the administration has been cooperative in dealing with piracy issues, even though it’s not as close to the Hollywood industry as were previous White House occupants.

“The administration has much less attachment to Hollywood than the Clinton administration," he said. "That doesn’t mean they are against us. It just means that they see their support basis as much broader,” he said.

In fact, he said, "The president has a lot of friends in Hollywood. I don’t sense that he is in lockstep with the Hollywood community. There are so many other issues flowing in the world today. [But] I think our industry has access to this administration. Some of our companies have very close relations in this administration.”