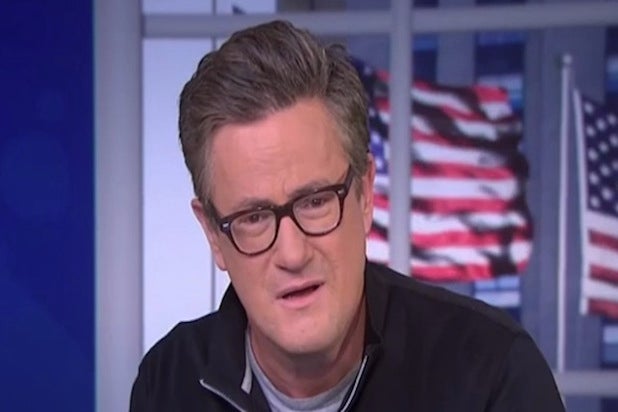 MSNBC host Joe Scarborough looked directly into the camera Wednesday to deliver a message to Donald Trump: “Hey Donald, guess what? I’m not going to support you until you get your act together.”

The visibly angry “Morning Joe” co-host wasn’t finished. He tore into Trump as if speaking directly to the presumptive Republican nominee.

He continued: “Until you come back to the table and get on the other side of the table and prove to me that you’re not a bigot, and prove to me that you’re not going to take my party down in the ditch, you don’t have my endorsement. And you can’t use Hillary Clinton as a gun against my head. I’m taking the gun away from my head. I’m putting it on the table and now it is in your hands on whether you are going to prove to the Republican Party, and me personally, that you are not a bigot.”

Trump and Scarborough have an interesting backstory. They used to appear quite cozy, with Trump calling into “Morning Joe” on a regular basis. Them, “Morning Joe” was accused of asking Trump softball questions in a town hall in which a hot mic caught them in what seemed to be a conversation about upcoming questions. (MSNBC denied it.) Recently, Trump has attacked Scarborough on Twitter, and the “Morning Joe” team has been critical of Trump.

Nobody is watching @Morning_Joe anymore. Gone off the deep end – bad ratings. You won't believe what I am watching now!