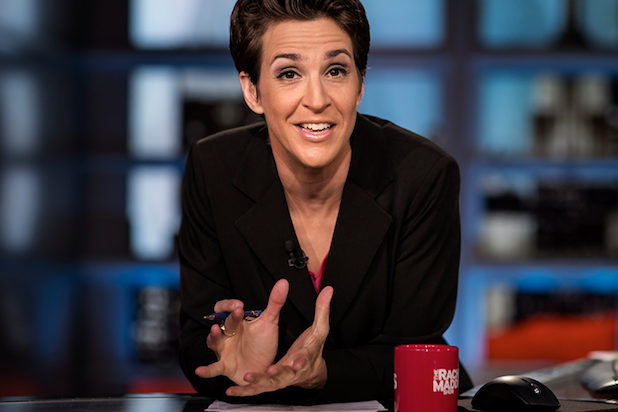 MSNBC’s “The Rachel Maddow Show” finished the Week of March 27 as the most-watched show in cable news among the key demographic of adults age 25-54.

Maddow has been on fire and has now topped O’Reilly every week since she revealed President Trump’s 2005 tax return on March 14. Typically, O’Reilly has the No. 1 show among all of cable news on a regular basis.

Meanwhile, ratings might not be O’Reilly’s biggest problem these days. Saturday’s explosive New York Times exposé detailed that a combined $13 million has been spent on settlements with women who have alleged O’Reilly harassed or acted inappropriately toward them.

“I’m vulnerable to lawsuits from individuals who want me to pay them to avoid negative publicity. In my more than 20 years at Fox News Channel, no one has ever filed a complaint about me with the Human Resources Department, even on the anonymous hotline,” O’Reilly responded in a statement.

Mercedes-Benz has pulled advertising from the “Factor,” according to CNN.