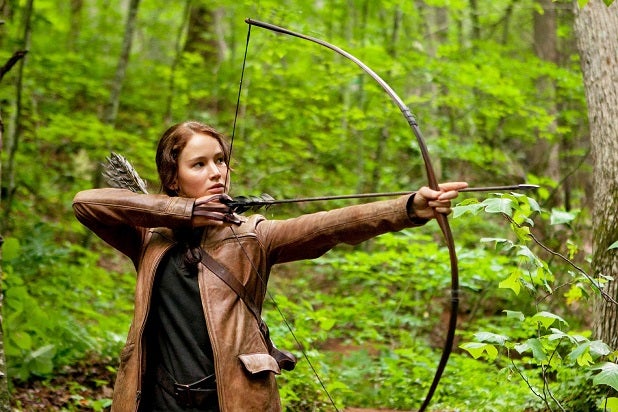 MTV is under siege by the signers of an online petition that blasts the network for only including male characters in its Best Hero category — and demands that “The Hunger Games” heroine Katniss Everdeen be included in the category.

“There is not a single woman in the Hero Category,” the petition fumes. “Don’t let a strong woman like Katniss be overlooked!”

“It’s important that women and girls know there’s a hero out there representing them,” petition author Sophie Azran said. “Young women already have too few female heroes represented in film and television. We’re constantly shown by the entertainment industry that men are brave, powerful, or successful, while women are often given supporting roles and weak characters.”

MTV has not yet responded to TheWrap’s request for comment.

This year’s nominees in the Best Hero category include Henry Cavill as Clark Kent – “Man of Steel,” Robert Downey Jr. as Iron Man in “Iron Man 3,” Martin Freeman as Bilbo Baggins in “The Hobbit: The Desolation of Smaug,” Chris Hemsworth as Thor in “Thor: The Dark World” and Channing Tatum as John Cale in “White House Down.”

However, there are numerous female nominees among this year’s crop, including “The Hunger Games: Catching Fire” actress Elizabeth Banks for Best On-Screen Transformation, Jennifer Aniston for Best Shirtless Performance for Melissa McCarthy.

Nominees for the annual awards show are chosen by MTV executives and producers, but ultimately voted on by the public.