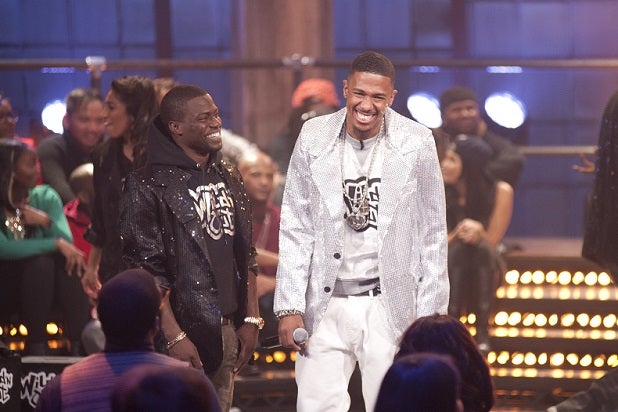 The network has renewed “Nick Cannon Presents: Wild ‘N Out,'” which is the highest-rated series in network history, for a seventh season premiering next year.

MTV2 has also ordered a fifth season of “Guy Code,” which will also return in 2015, with new and returning cast members, along with new sketches and new segments.

On the new series front, the network has given the go-ahead to “MTV2’s Joking Off,” a game show that fuses social media and improv comedy. The offering will feature teams of rising young comedians and deliver “laugh-out-loud reactions to the most ridiculous tweets, Instagram images, videos and write-ups ever posted.” Back Roads Entertainment is executive producing, along with showrunner Michael Canter. Candida Boyette-Clemons, Darin Byrne, Paul Ricci and Chris McCarthy are executive producing for MTV2.

MTV2 has also given the go-ahead to “Number 2 News,” which will feature a comedic news team that turns Internet content into news stories.

“Stunts, animal videos, pranks and epic fails … it’s not exactly news, but we’re pretending it is. The series features the wildest clips in sports, weather, breaking stories and on the scene reporting,” the network said of the project, which includes Kip Madsen (CBS’s “The Late Late Show With Craig Ferguson“) and Geoff Bunch (“Ridiculousness”) as showrunners. Dara Cook, Darin Byrne and Paul Ricci are executive producing for MTV2.

The network has also ordered a pilot for “Uncommon Sense With Charlamagne,” from MTV2’s Charlamagne tha God. The pilot will feature a panel of comedians and “social media-inspired packages.” Former “Daily Show” producer Rich Corson, who helped develop “The Colbert Report,” is serving as showrunner, with Dara Cook, Darin Byrne and Paul Ricci executive producing for MTV2.