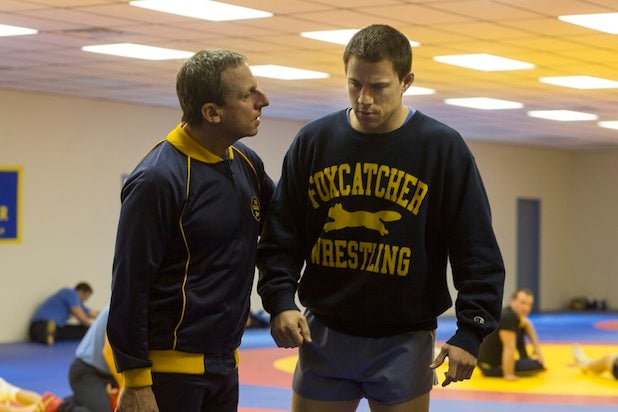 FOXCATCHER: When "Foxcatcher" was pulled from its late 2013 awards-season release date, some observers took that as a bad sign. But Miller apparently wanted more time to work on his story about the murder of Olympic wrestler Dave Schultz -- and with a director whose last two films were "Moneyball" and "Capote," a cast that includes Channing Tatum, Steve Carell and Mark Ruffalo and backing from Sony Classics and Megan Ellison's Annapurna, it has heavyweights on its side. 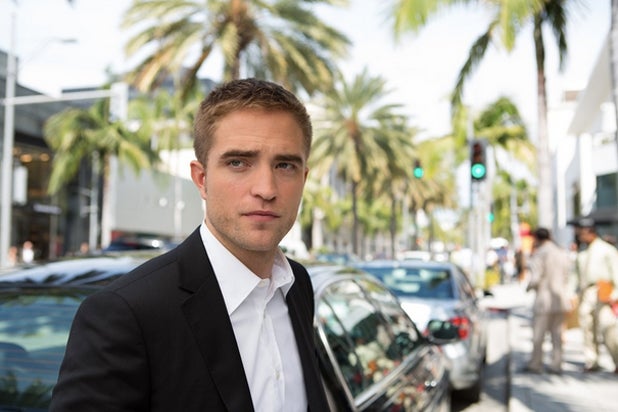 MAPS TO THE STARS: David Cronenberg's last film, "Cosmopolis," got a mixed reaction at Cannes two years ago, but this look at Hollywood (from the acid insider's pen of Bruce Wagner) is an intriguing project with a cast that includes the always-excellent Julianne Moore, the always-welcome John Cusack and the new Cronenberg favorite Robert Pattinson. 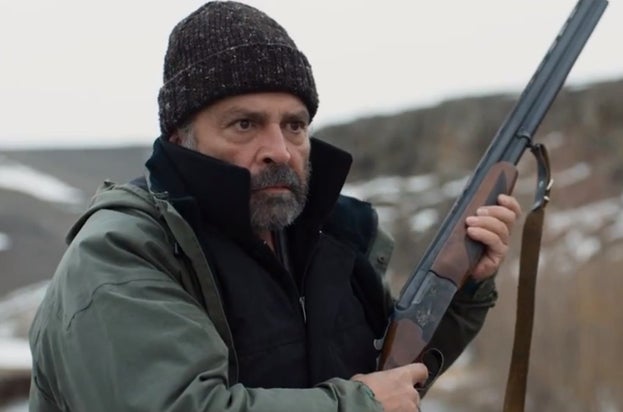 WINTER SLEEP: Some oddsmakers have installed Nuri Bilge Ceylan's three-hour drama as the favorite to win the Palme, and this is the fifth time the Turkish director has been competing for that prize. He's won the Grand Jury Prize twice, including for "Once Upon a Time in Anatolia" three years ago, and may well be due. 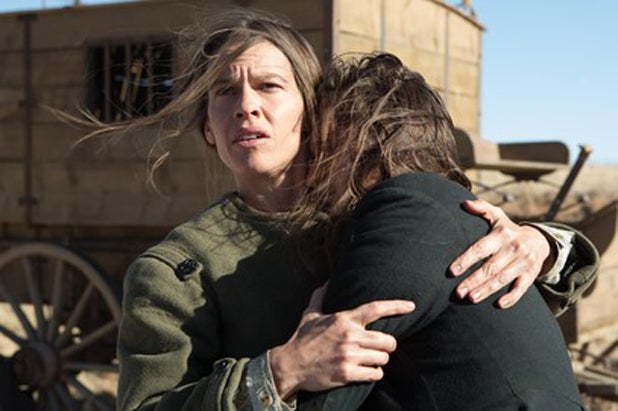 THE HOMESMAN: Cannes gave two awards to Jones for his previous directorial effort, 2005's "The Three Burials of Melquiades Estrada," and has made another western with this adaptation of a Glendon Swarthout novel, with a cast that includes Hilary Swank and Meryl Streep. 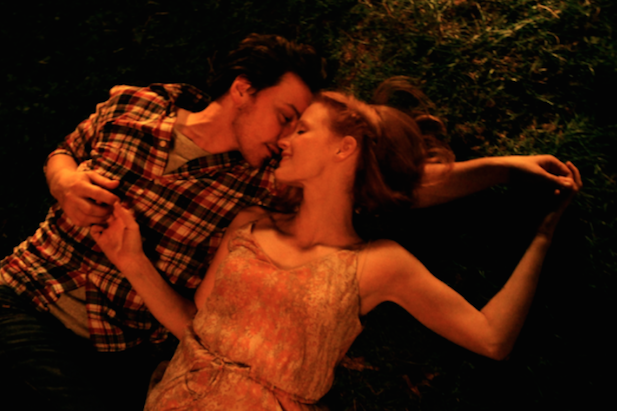 THE DISAPPEARANCE OF ELEANOR RIGBY: Ned Benson's first movie made a splash in Toronto by screening back-to-back in two different versions, one from the perspective of Jessica Chastain's title character and one from that of James McAvoy's. The Cannes version combines the "His" and "Her" versions into a single narrative - but can it possibly be as rich and rewarding an experience as the two-part version? 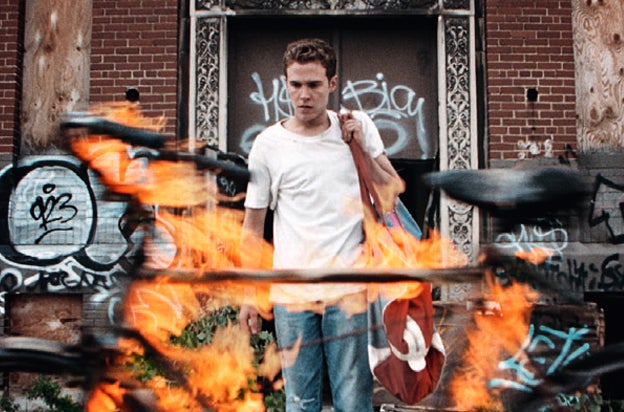 LOST RIVER: Ryan Gosling may be a movie star, but is he a good director? This futuristic noir, which stars Christina Hendricks, Saoirse Ronan and Eva Mendes and competes in Un Certain Regard, will provide the first clues. 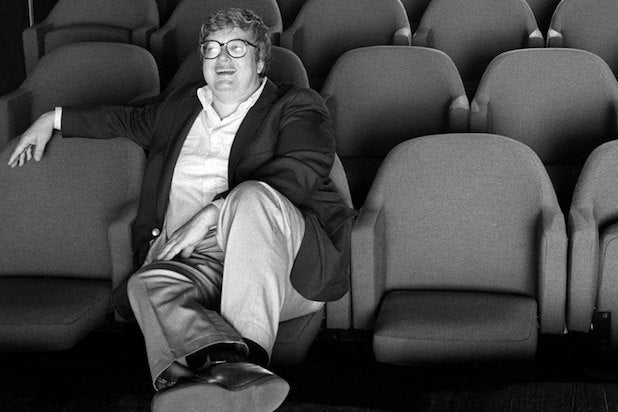 LIFE ITSELF: Roger Ebert was a fixture at Cannes for three decades, which makes the festival a logical place for the international premiere of this Steve James documentary about the late critic. It'll screen in a new, expanded version longer than the one that showed at Ebertfest last month. 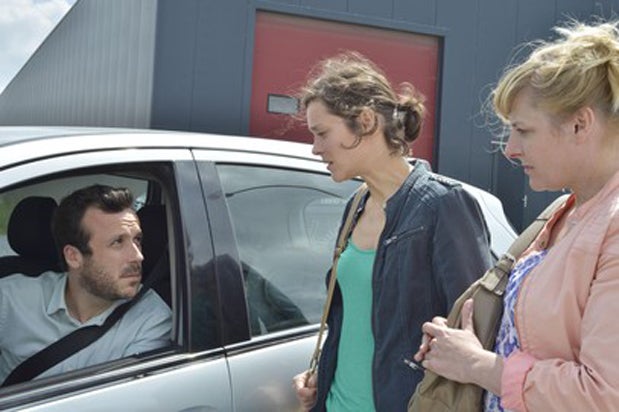 TWO DAYS, ONE NIGHT: A Palme d'Or win would make the Jean-Pierre and Luc Dardenne the first filmmakers to win Cannes' top prize three times, after 1999's "Rosetta" and 2005's "L'enfant." Marion Cotillard stars, making this one of the few Dardenne films to have a star in the lead role. 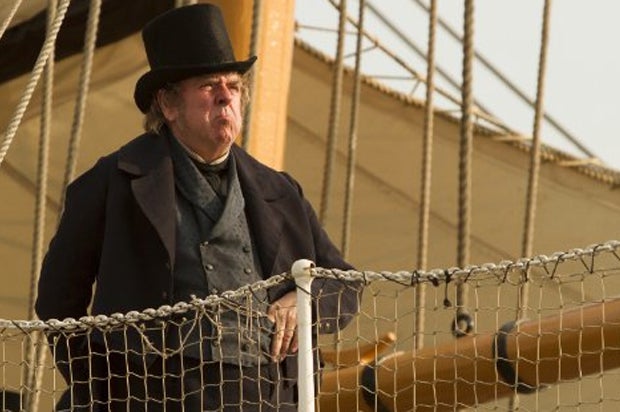 MR. TURNER: British director Mike Leigh won the Palme d'Or in 1996 for "Secrets & Lies," and is competing once again with an ambitious biopic about artist J.W.W. Turner, played by Timothy Spall. 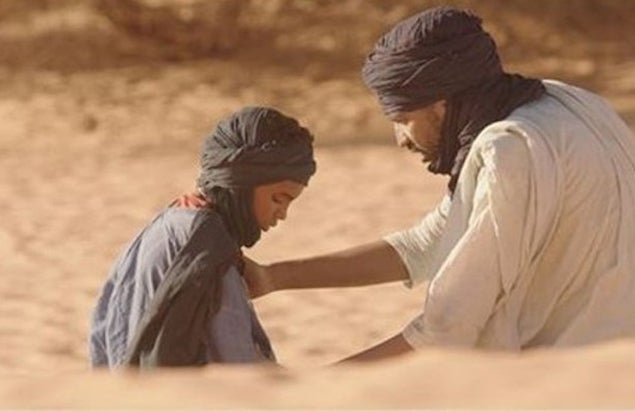 TIMBUKTU: The only African movie in the main competition is this entry from Mauritanian director Abderrahamane Sissako, who has been a regular at Cannes with three films and three appearances on different juries. With its story of a young family living under the reign of fundamentalist Islamic Jihadists, "Timbuku" figures to be timely. 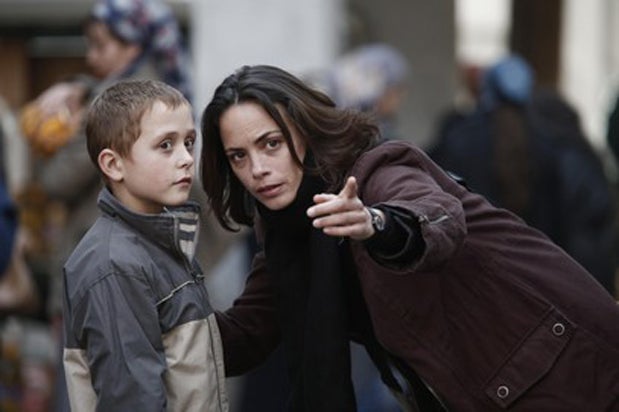 THE SEARCH: Director Michel Hazanavicus didn't win the Palme the last time he came to Cannes - but the film he brought, "The Artist," went on to win the Oscar for Best Picture. His new film is dramatically different, a drama starring Annette Bening and Berenice Bejo and dealing with a woman from a non-governmental organization in war-torn Chechyna. 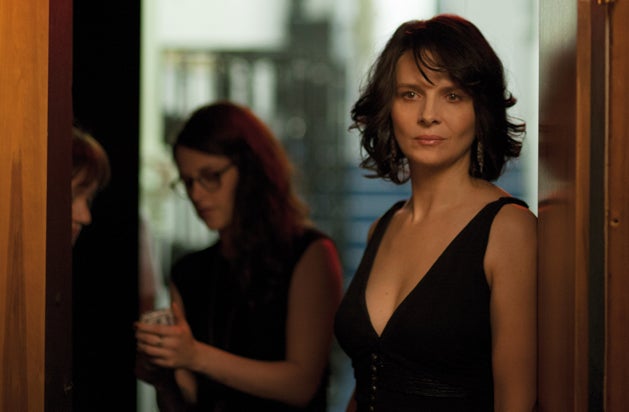 CLOUDS OF SILS MARIA: After more than 25 years making well-received films in Europe, Olivier Assayas has made his first completely English-language movie with this drama starring Juliette Binoche as a veteran actress, Kristen Stewart as her assistant and Chloe Grace Moretz as a young actress whose success threatens Binoche's character. 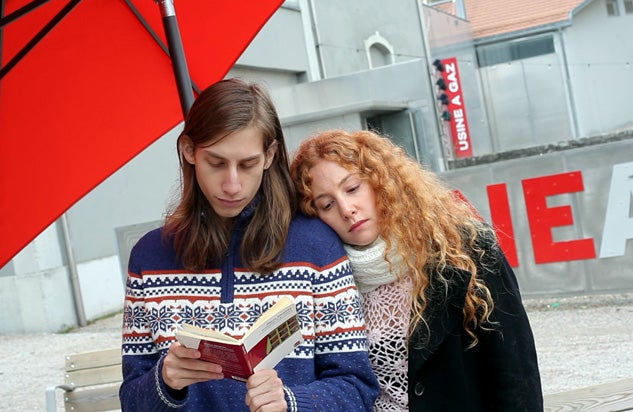 GOODBYE TO LANGUAGE: It's Godard, a god among those who think of directors as auteurs. It's shot in 3D, and who knows what that will mean? It'll no doubt be weird and it may well be incomprehensible, but who doesn't want to see what the 83-year-old filmmaker has up his sleeve? 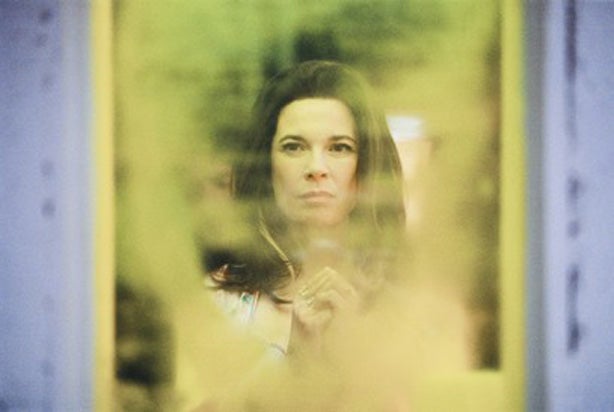 MOMMY: Canadian wunderkind Xavier Dolan made it clear that he was upset when his last film, "Laurence Anyways," was picked for the Un Certain Regard section rather than the main competition. Now he's in the big leagues, with his fifth film and fourth Cannes selection...all at the tender age of 25. 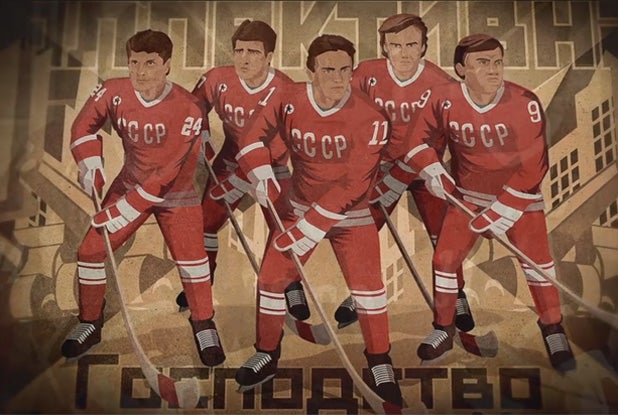 RED ARMY: Among major film festivals, Cannes is notably light on documentaries - but Gabe Polsky's look at the dominant Soviet hockey team of the '70s and '80s promises to cast a light on the recent past of a country that is dominating current international news. 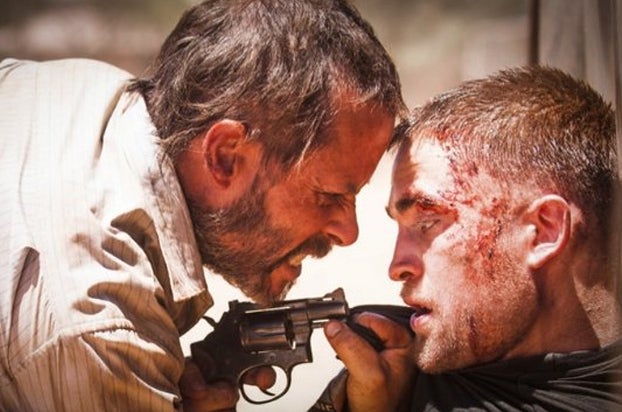 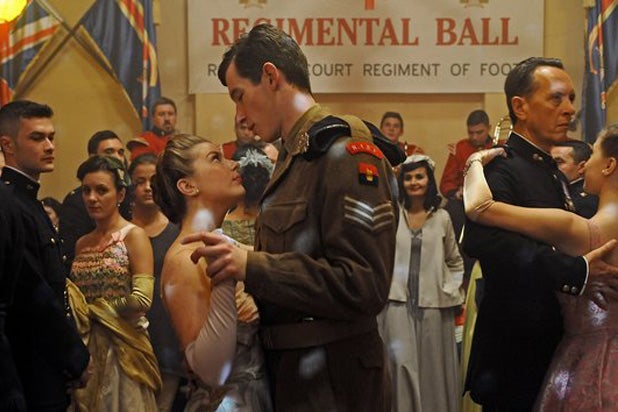 QUEEN AND COUNTRY: "Hope and Glory," a memory piece set in London during World War II, is one of British director John Boorman's most personal and greatest movies - and this drama about a Brit fighting in the Korean War is reportedly a sequel of sorts. 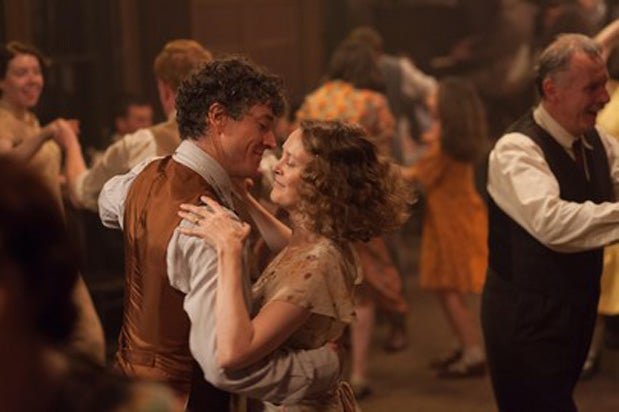 JIMMY'S HALL: First Ken Loach said this would be his final narrative film. Then he said it wouldn't. A politically-engaged look at Ireland in the 1920s from the man who won the Palme for "The Wind That Shakes the Barley" sounds worthwhile either way. 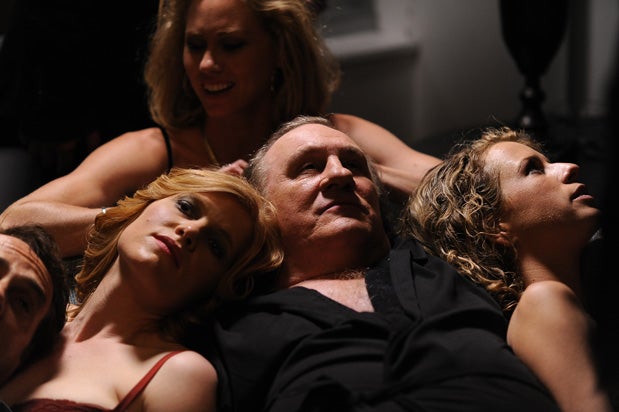 WELCOME TO NEW YORK: Abel Ferrara's drama is not an official selection, but the film will reportedly screen in Cannes during the festival. And it ought to be worth it to see what the French audience thinks of longtime provocateur Abel Ferrara's take on the case of French IMF director Dominique Strauss-Kahn, who is played by Gerard Depardieu. 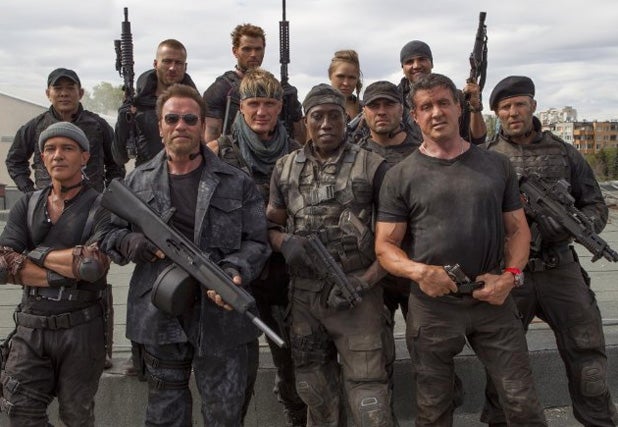 EXPENDABLES 3: No, they're not going to show the film at Cannes. But they are showing footage, and reportedly trotting out a plethora of the film's stars - Schwarzenegger, Gibson, Banderas, Statham, Snipes, Lundgren et. al. - to roll up to the Carlton Hotel in tanks. That ought to turn some heads.
x
Looks like you're enjoying reading