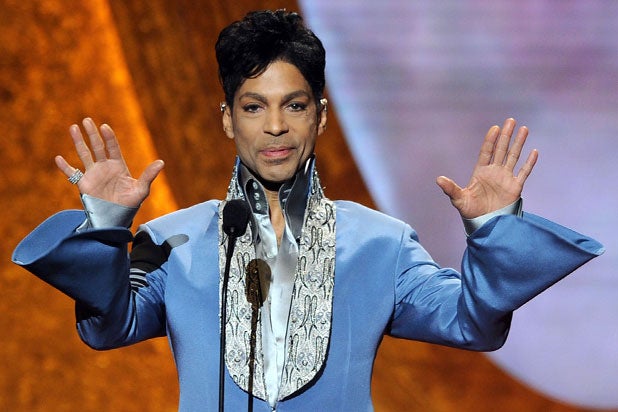 A Nashville sportscaster claims that he was fired after rattling off a barrage of Prince lyrics during an on-air segment.

Dan Phillips of WZTV Fox-17 started the segment off with a lengthy citation of Prince’s “Let’s Go Crazy,” intoning, “Dearly beloved, we are gathered together to get through this thing called life. An electric word life, but I’m here to tell you, there’s something else: The NHL playoffs.”

From there, he peppered in numerous references to other Prince songs, including “When Doves Cry,” “1999,” “Purple Rain” and “Little Red Corvette.”

Phillips posted the segment online on April 21 — the day that Prince died at age 57 — with the message, “A little tribute to my favorite musical artist. Enjoy. Or just laugh at the idiot making as many Prince references as he can in four minutes.”

Phillips, for one, wasn’t laughing a week later.

On Friday, the sportscaster informed his Facebook following that he had been sacked after station management deemed the segment “insensitive.”

“First of all, I want to thank everyone for the kind words, comments and positive feedback on this tribute I did to Prince last week. It really means a lot,” Phillips wrote. “Unfortunately, there were apparently some viewers, as well as management at the station, who did not feel the same way. They felt I was insensitive. And as a result, I was terminated today.”

Phillips attempted to put a positive spin on the sudden change in employment status, concluding, “I’m choosing to use this as a catalyst for some exciting things I’ve been working on for some time now. I’ll have many more details on this in coming days.”

TheWrap has reached out to the station for comment.

While we wait for a response, watch the segment below and share your thoughts in the comments section.

“Purple Rain,” “When Doves Cry” and “1999” will be blasting from little red Corvettes until the end of time, but let’s look at Prince’s less celebrated masterpieces

"Thieves in the Temple" "Purple Rain," "1999" and "When Doves Cry" will be blasting out of little red Corvettes for centuries to come. But with this gallery, we want to look at Prince's less celebrated masterpieces. "Thieves in the Temple," from "Purple Rain" sequel "Grafitti Bridge," was an understated, pained, different kind of song. But it was sinewy and mysterious and I've had it stuck in my head for about 25 years, so that's something.
View In Gallery