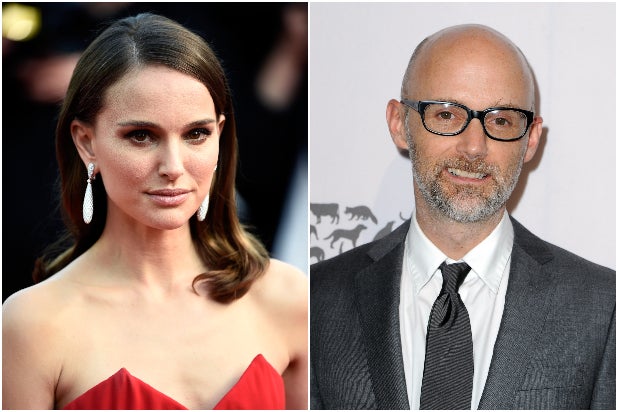 Natalie Portman has denied a claim made by DJ and musician Moby that the two once had a brief romantic relationship, with the actress describing a passage in Moby’s upcoming memoir “very disturbing” and described him as an “older man being creepy.”

In Moby’s upcoming memoir “Then It Fell Apart,” the musician claims that he dated Portman when she was 20 and he was 33. Portman disputed that account and said the book’s publishers, Faber & Faber, failed to fact check the story.

“I was surprised to hear that he characterized the very short time that I knew him as dating because my recollection is a much older man being creepy with me when I just had graduated high school,” Portman told Harpers Bazaar on Tuesday. “He said I was 20; I definitely wasn’t. I was a teenager. I had just turned 18. There was no fact checking from him or his publisher — it almost feels deliberate. That he used this story to sell his book was very disturbing to me. It wasn’t the case. There are many factual errors and inventions. I would have liked him or his publisher to reach out to fact check.”

Also Read: Natalie Portman Gets Blasted Into Space in 'Lucy in the Sky' Teaser (Video)

Faber & Faber and Moby’s manager did not immediately respond to TheWrap’s request for comment.

The Guardian quoted a passage of Moby’s book in which he said he met Portman at Harvard where she went to school and that they could be found “kissing under the centuries-old oak trees.”

“At midnight she brought me to her dorm room and we lay down next to each other on her small bed. After she fell asleep I carefully extracted myself from her arms and took a taxi back to my hotel,” he wrote. “I wanted one thing: for me to be alone … nothing triggered my panic attacks more than getting close to a woman I cared about.”

He continues later in the book: “For a few weeks I had tried to be Natalie’s boyfriend, but it hadn’t worked out.”

Portman said she was surprised by this characterization.

“I was a fan and went to one of his shows when I had just graduated,” Portman said. “When we met after the show, he said, ‘let’s be friends.’ He was on tour and I was working, shooting a film, so we only hung out a handful of times before I realized that this was an older man who was interested in me in a way that felt inappropriate.”