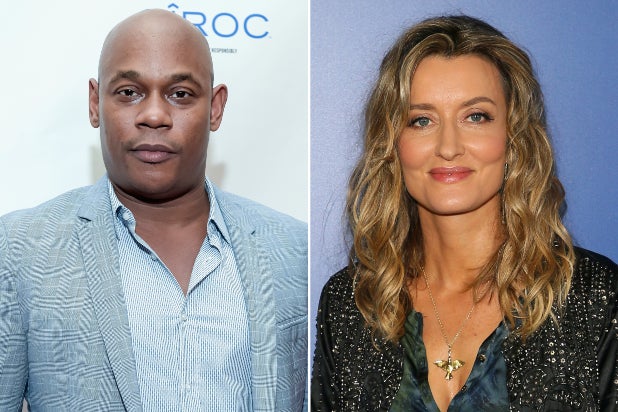 Showtime filled out the cast for its long-in-the-works “Halo” adaptation, adding Natascha McElhone and Bokeem Woodbine to star alongside Pablo Schrieber.

Shabana Azmi, Bentley Kalu, Natasha Culzac and Kate Kennedy were also cast in the series. “Halo” is slated to debut in the first quarter of 2021.

McElhone will play two characters: Dr. Catherine Halsey, the scientist who created the Spartan supersoldiers and the Artificial Intelligence Cortana. Woodbine will play Soren-066, a morally complex privateer at the fringes of human civilization whose fate will bring him into conflict with his former military masters and his old friend, the Master Chief.

Azmi will play Adm. Margaret Parangosky, the head of the Office of Naval Intelligence. “American Gods” star Schrieber was previously cast for the lead role of Master Chief.

Kalu, Culzac and Riz, along with the previously cast Yerin Ha, will play new characters created for the TV series.

Kalu will play Spartan Vannak-134, a cybernetically augmented supersoldier conscripted at childhood who serves as the de facto deputy to the Master Chief. Culzac will star in the role of Spartan Riz-028 – a focused, professional and deadly, cybernetically enhanced killing machine. Kennedy stars as Spartan Kai-125, an all-new courageous, curious and deadly Spartan supersoldier.

Yerin Ha plays Kwan Ha, described as a shrewd, audacious 16-year-old from the Outer Colonies who meets Master Chief at a fateful time for them both.

“Halo,” which has been in the works for several years — and underwent a director change, when Otto Bathurst stepped in for Rupert Wyatt — is being showrun by Kyle Killen and Steven Kane.