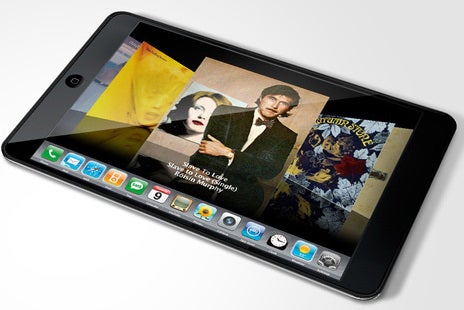 With Apple’s release on Saturday of the iPad drawing lines of would-be buyers stretching out the doors of Apple and Best Buy stores nationwide, it’s a good time to think about the changing ways Americans are accessing broadband.

More and more, it seems Americans don’t want to be tethered to a desktop computer — or even a laptop — but want a light mobile device they can curl up on the sofa with to watch an online movie, stow in a backpack for subway reading, or pass around the office with their latest vacation pictures.

The broadband connections that enable this flexibility are wireless — a fact that points out the need for more spectrum for mobile broadband that we identified in the National Broadband Plan.

Many iPads will rely solely on Wi-Fi to connect to broadband, and the Plan recognizes how Wi-Fi broadband access on unlicensed spectrum can relieve the growing pressure on licensed cellular networks.

The Plan calls for the FCC to free up a new, contiguous nationwide band of spectrum for unlicensed use over the next 10 years.

These bands have the added benefit of providing economical broadband access in rural areas that aren’t well served now.

Other consumers will buy iPads configured to also connect to AT&T’s commercial licensed networks, adding to the fast-growing volume of data traffic that has already been fueled by smartphones, like the iPad’s little brother, the iPhone, and laptop aircards.

The growth is exciting – and a call for action to stave off network congestion.

Consider this: AT&T’s data traffic has grown by 5,000 percent over the past three years. Cisco estimates that smartphones alone can generate 30 times more data traffic than a basic-feature phone. And laptops can generate many times the traffic of a smartphone.

Before long, we’ll have an idea about what the iPad’s impact on spectrum use will be. But we shouldn’t wait.

The FCC’s National Broadband Plan has outlined the fundamentals of a bold spectrum policy for the future. It includes short-term steps, such as carriers building out 4G networks, more cell phone towers and migrating to more efficient equipment. But long-term, it’s clear that we’ll need to act on the Plan’s call for more spectrum.

Failing to do so will frustrate consumers with balky networks and hamstring innovation in a sector where America leads the world.