The NFL has long been synonymous with Thanksgiving, and the NBA is well on its way to owning Christmas.

Basketball has been a Christmas tradition since 1947 and only skipped the holiday during the 1998 lockout. And with the NFL, NHL and college football all taking the day off, the NBA now has the full captive audience of sports fans across the country.

ESPN and ABC are delivering presents in the form of 14 hours of continuous NBA coverage on Christmas Day, including five key games.

Kobe Bryant will play his 12th and final Christmas Day game when the Lakers host hometown rivals, the Clippers. Up in Oakland, LeBron James will be attempting to prove he is still the King when his Cleveland Cavs take on the current champions (and almost perfect) Golden State Warriors, led by Stephen Curry.

Also Read: LA Lakers Star Kobe Bryant Announces He Will Retire at End of the Season

“Christmas Day is a tentpole for us, we have all five games this year, which is very important,” Julie Sobieski, ESPN Vice President, League Sports Programming told TheWrap. “It feels like a holiday for the NBA, there is nothing better than opening your presents in the morning and then watching basketball with your family.” 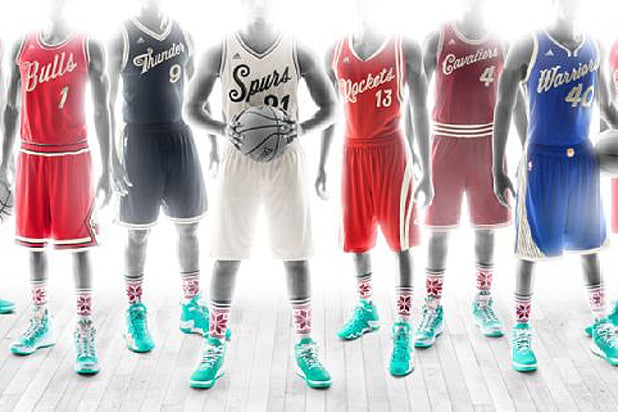 ESPN commentator Mike Tirico said that the NBA has come to dominate the holiday much as the NFL has Thanksgiving. “Shoe companies market their new sneakers to debut for Christmas, the uniforms are different, the Christmas Day game feels like the biggest night of the season,” he said.

“It’s important for us to put on the best basketball show we can but also remember that it’s Christmas and there are people who haven’t watch the NBA for awhile, or those who are sampling it for the first time,” he added. “It’s like the unofficial launch of the season so you have to make sure you take care of everybody in front of the TV.”

“NBA Tonight” host Cassidy Hubbarth (above left with Tim Legler) is hoping she doesn’t get coal in her stocking when she takes on San Antonio head coach Gregg Popovich while covering the Spurs-Rockets game. “He gets in people’s heads a little bit more, I am nervous … I have been getting tips from everyone,” she said about interviewing the veteran coach who is notorious for shooting down reporters’ questions with his steely gaze.

“My nerves are heightened because it’s a new environment for me and a new routine,” Hubbarth told TheWrap, as she prepares to make her ESPN debut on the sidelines for a major NBA game. “I am a like house cat, especially at ESPN as I’m in the studio all the time. I have experience out on the field but it’s not my expertise — and this is a primetime game with the most notorious coach in the league.”

However, ESPN coordinating producer Bruce Bernstein said he has total faith in Hubbarth’s ability to take down “reporter killer” Popovich. “Cassidy is going to get her most challenging assignment ever,” he said. “I told her, ‘There is no way he is going to be mean to you. Just ask a good question.’ He is going to be putty in her hands. I know she is going to do well under pressure. She shines when the lights are brightest.”

Hubbarth lets her energy and personality shine through on “NBA Tonight” with impersonations, improv skits and even some hip-hop, but she plans to rein it in Christmas Day. “On the sidelines, you need to get out of the way and focus on complimentixplained. 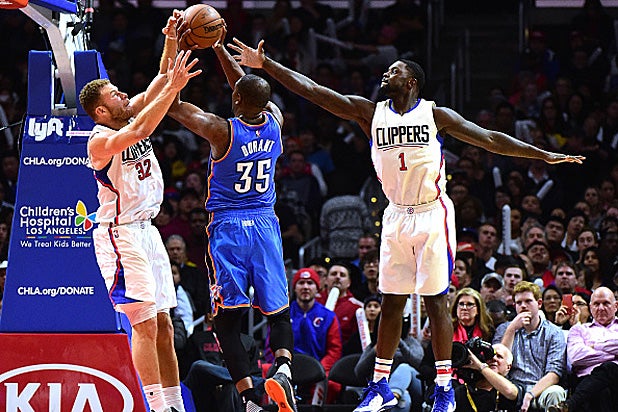