A tweet by Houston Rockets general manager Daryl Morey in support of Hong Kong protesters has created tensions between the NBA and the Chinese government.

On Friday, Morey tweeted his support of Hong Kong, writing in a since-deleted tweet: “Fight for Freedom. Stand With Hong Kong.” It was immediately criticized by the Chinese government. The Chinese Basketball Association (CBA) suspended all cooperation with the Rockets, which is among the most popular in China. The Chinese Media Group, the country’s state-controlled media arm, said it was “deeply shocked by the erroneous comments” made by Morey. Tencent Sports, which signed a five-year, $1.5 billion to continue as the NBA’s streaming partner in China, said it would no longer offer live-streams of Rockets games and suspended all news coverage of the team.

The fallout from Morey’s tweet threatens to strain what has been a very lucrative business relationship with China, while raising fears of those who have become wary of Chinese influence over American media and business. NBA commissioner Adam Silver has frequently supported when the league’s top players like LeBron James have spoken out on social issues in America.

Also Read: 'South Park' Creators Respond to Episode That Was Critical of China: 'We Welcome Chinese Censors Into Our Homes'

“We recognize that the views expressed by Houston Rockets general manager Daryl Morey have deeply offended many of our friends and fans in China, which is regrettable,” the league said in a statement on Sunday. “While Daryl has made it clear that his tweet does not represent the Rockets or the NBA, the values of the league support individuals’ educating themselves and sharing their views on matters important to them.”

The NBA routinely stages games and events in China, including a pair of games this week in Shanghai and Shenzhen between the Los Angeles Lakers and Brooklyn Nets. The Rockets themselves are more closely tied to China. Yao Ming, who played his entire career with the Rockets, is currently the head of the CBA. The Rockets are currently on a pre-season trip in Japan. On Monday, Rockets star James Harden attempted to offer an olive branch, saying “We apologize. You know, we love China. We love playing there.” 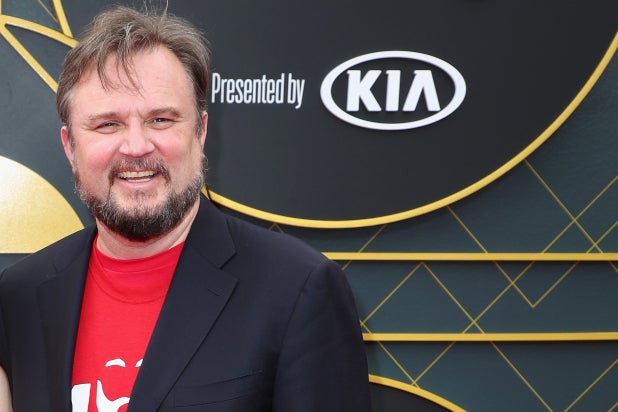 Morey’s own boss, Rockets owner Tillman Fertitta, publicly rebuked Morey in a tweet of his own: “Listen….[Daryl Morey] does NOT speak for the @HoustonRockets. Our presence in Tokyo is all about the promotion of the @NBA internationally and we are NOT a political organization.” According to The Ringer, Morey’s job status was in jeopardy over the weekend, but as of Monday he still remains employed with the team.

“I did not intend my tweet to cause any offense to Rockets fans and friends of mine in China. I was merely voicing one thought, based on one interpretation, of one complicated event. I have had a lot of opportunity since that tweet to hear and consider other perspectives. I have always appreciated the significant support our Chinese fans and sponsors have provided and I would hope that those who are upset will know that offending or misunderstanding them was not my intention. My tweets are my own and in no way represent the Rockets or the NBA.”

The protests in Hong Kong, which first began in March before growing to its current scale in June, come as a result of a proposed extradition law. This bill would allow criminal suspects in Hong Kong to be sent to China to face trial. Activists argue the bill would threaten legal rights that Hong Kong residents have under the current “one country, two systems” framework.

Brooklyn Nets owner Joe Tsai, who is also the co-founder of Chinese e-commerce giant Alibaba, said in a lengthy post on his Facebook page, it “will take a long time to repair” the damage caused by Morey’s comments. “There are certain topics that are third-rail issues in certain countries, societies and communities,” he said. “Supporting a separatist movement in a Chinese territory is one of those third-rail issues, not only for the Chinese government, but also for all citizens in China.”