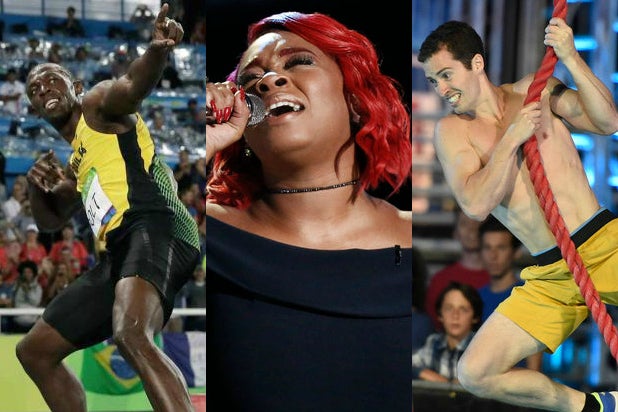 NBC isn’t looking as forward to 2017 as the rest of you guys — that’s because 2016 has been a damn good year over there.

The peacock-colored broadcast net will close this calendar year out at No. 1 in the advertiser-sought 18-49 demographic — and that’s with or without the Olympics and NFL football, by the way. That’s because Bob Greenblatt-Claus has reindeer stuff their stockings with “The Voice,” “America’s Got Talent,” “Little Big Shots,” “This Is Us,” “American Ninja Warrior” and a whole slew of “Chicago” shows, in addition to live musicals and Dolly Parton TV flicks.

As readers can see above, each network is down year over year in the main demo.

Either way, CBS still tops 2016 in terms of total viewers. Despite having had Super Bowl 50, the Leslie Moonves-led network’s lead in overall audience members widened significantly when scratching sports.