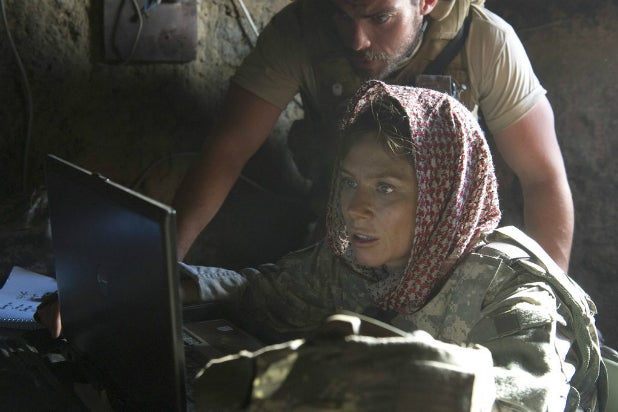 NBC has canceled “American Odyssey” after just one season, the network announced on Tuesday.

The series followed Army Sgt. Odelle Ballard — played by British actress Anna Friel, best known for the short-lived “Pushing Daisies” — as she struggled to make it home after discovering a dangerous government secret during a raid in the west African Republic of Mali.

Before it premiered in April, showrunners Adam Armus and Nora Kay Foster described the series as a departure from the usual terrorism story Hollywood has told for the past 15 years. “The kind of story that we’re trying to tell is a story of hope,” Armus said in an interview with TheWrap.

“You’re an ordinary person, you don’t have any sort of a license or a gun or anything particular that makes you powerful, but you can make a difference,” he added.

Williams tweeted his thanks for the experience on the show after the news was announced.

American Odyssey has been a great experience. Thank you Peter, Adam, Kay,and a lovely cast for a great season. Thank you NBC for the gig.