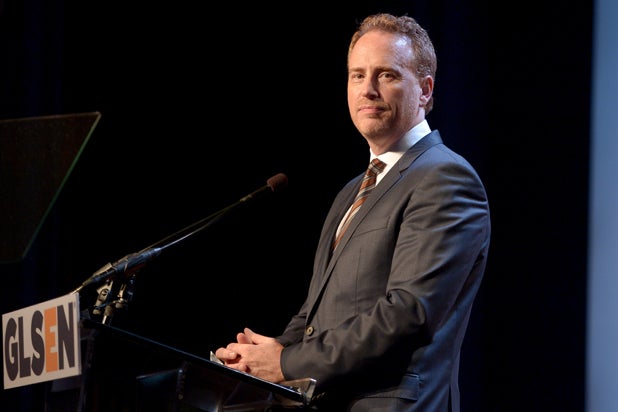 Greenblatt participated in a keynote Q&A with NHMC president Alex Nogales at the conference, an annual event designed to advance the image and careers of Latinos in media.

NHMC executive vice president Jessica Gonzalez introduced Greenblatt, praising him for cutting ties with Trump in response to remarks the Republican presidential candidate made about Mexican immigrants during his campaign-announcement speech. Gonzalez also praised Univision, Macy’s and other Trump-dumping companies.

Greenblatt joked about the situation when an audience member’s phone rang, interrupting the Q&A. “That’s Donald Trump calling. He’s going to sue everyone,” he said, receiving laughter from the crowd.

Also read: Latina Miss USA Contestants on Why They Will Still Strut Despite Donald Trump

The NHMC claimed last month that Trump had threatened to sue the organization after it had issued a statement calling his anti-Mexican remarks a “bigoted, racist, anti-Latino rant.”

NBC found itself threatened with a lawsuit from Trump when it ended its business relationship with him last month, removing him as host of “Celebrity Apprentice” and stepping aside as broadcaster of his Miss USA Pageant (which Trump and NBCUniversal co-own). In an interview with CNN’s Brian Stelter on Sunday, Alan Garten, executive vice president and general counsel of the Trump Organization promised to take legal action against NBC, despite Trump’s arbitration agreement with the network.

Trump has already filed filed a $500 million lawsuit against Univision for dropping his Miss USA pageant from its airwaves, calling the move an attempt to “suppress Mr. Trump’s freedom of speech … as he begins his campaign for the nation’s presidency.”