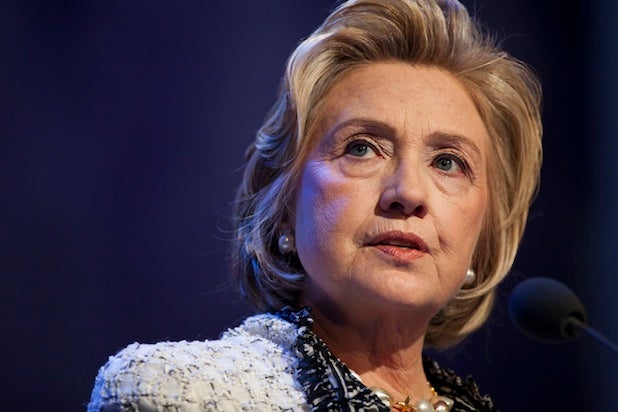 On the same day that CNN announced it’s not going forward on its Hillary Clinton project, NBC said it would scrap its miniseries about her.

“After reviewing and prioritizing our slate of movie/mini-series development, we’ve decided that we will no longer continue developing the Hillary Clinton mini-series,” the network announced on Monday.

The broadcaster announced the project during July’s Television Critics Assn. The project was described as a four-hour miniseries starring Diane Lane as the former First Lady. It would’ve been written and directed by Courtney Hunt.

The announcement arrives just hours after CNN confirmed that it was canceling its planned documentary on Clinton, citing an inability to get sources to go on the record and push back from both the Republican and Democratic parties.

In August, both networks came under fire by the Republican National Committee, which was holding a vote to bar NBC and CNN from hosting 2016 Republican primary debates. Republicans say the projects give the former Secretary of State an unfair publicity boost over their candidates. Clinton hasn’t officially announced that she’ll run for the presidency in 2016, but it’s pretty much a given.

Soon after the miniseries was announced, NBC News White House correspondent Chuck Todd griped that it was a “total nightmare” for NBC News, which is separate from the network’s entertainment wing.

See video: Bill Clinton: Hillary and I Are Having Fun Being Normal

“We know there’s this giant firewall, we know we have nothing to do with it. We know that we’d love probably to be as critical or whatever it is gonna be if it comes out, but there’s nothing we can do about it and we’re gonna only own the negative,” Todd said.

Before NBC came aboard the miniseries, CBS and Fox passed on the project.