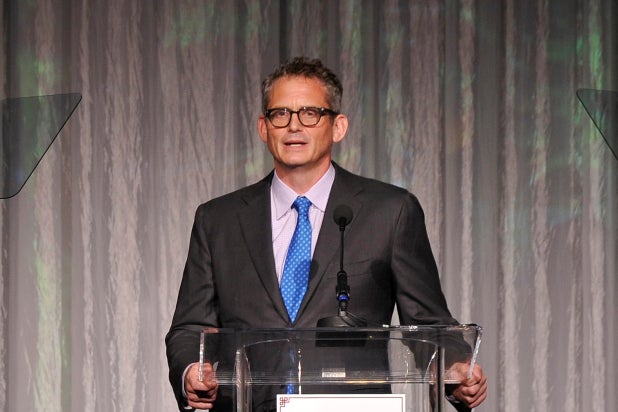 NBC has launched an investigation into entertainment chairman Paul Telegdy over multiple claims of workplace harassment and for fostering a toxic culture.

In a bombshell report Friday morning by the The Hollywood Reporter, Telegdy is accused of numerous transgressions including mocking gay executives to their faces, using homophobic and misogynistic slurs and making disparaging comments about others’ physical appearance. Telegdy and alternative chief Meredith Ahr are both accused of creating a “terrible, even traumatizing experience” in the reality division. The story added that Telegdy had bad relationships with “SNL” boss Lorne Michaels and uber-producer Dick Wolf.

“This narrative is not reflective of the values of NBC Entertainment or the culture we strive to create,” an NBC spokesperson said in a statement. “NBCUniversal takes these matters seriously, and will investigate these allegations, many of which are coming to our attention for the first time. NBCUniversal remains committed to creating a safe, respectful and supportive workplace for all.”

In a statement of his own, Telegdy denied the accusations. “The nature of these allegations flies in the face of everything I stand for. I hope that my actions over decades — empowering those around me, supporting artists, and creating shows with values of aspiration and inclusion at the core — speak louder than the selective words of a few.”

Accusations against Ahr specifically include fostering a “mean girls” culture and often enabling Telegdy’s behavior. Multiple former execs described an instance to THR where Ahr left a framed photo on Telegdy’s desk of a Black actress that she considered “very unattractive” as a prank.

In a statement obtained by TheWrap, Ahr also denied the accusations: “I have spent my career striving to create a work environment that gives people an opportunity to learn and grow, as well as championing diversity and inclusion both on our shows and in our executive ranks. To see this false portrait painted by anonymous sources is devastating, and in no way reflects who I am.”

In June, “America’s Got Talent” judge Gabrielle Union filed a discrimination complaint against NBCUniversal and the show’s producers, accusing Telegdy of threatening her in an attempt to keep her from speaking out about her time on the show. NBCUniversal denied the allegation in a statement on Thursday and stood by the results of the outside investigation into the matter, which found no evidence of misconduct.

Shortly after her departure, NBCU, Fremantle and Syco commissioned an investigation into Union’s complaints which found that “no one associated with the show made any insensitive or derogatory remarks about Ms. Union’s appearance, and that neither race nor gender was a contributing factor in the advancement or elimination of contestants at any time,” according to a statement from the three companies.

Telegdy becomes the latest executive to come under fire for bad workplace behavior this month. Peter Lenkov, one of CBS’ most prolific showrunners, was fired following an investigation into multiple accusations that he created a toxic work environment; ABC News let go longtime executive Barbara Fedida over making  “racially insensitive comments” and “managed in a rough manner.” Hearst Magazines president Troy Young resigned amid accusations that he made lewd and sexist remarks to his employees.

In early July, Mark Lazarus, who is chairman of NBCUniversal television and streaming, said the company would be “taking a more active role” in ensuring a positive workplace culture on shows produced by outside studios.