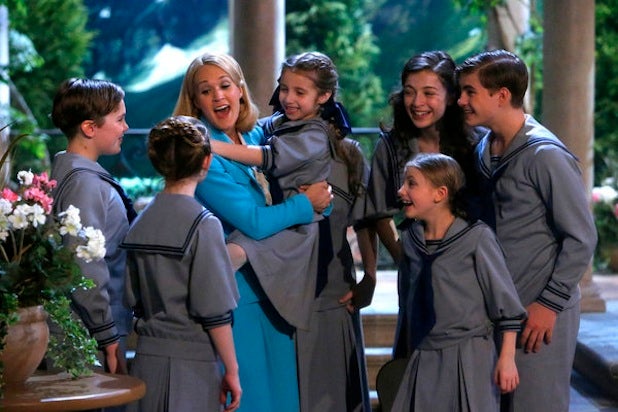 With all the people on social media clamoring around NBC’s gutsy “Sound of Music Live,” it was expected to rank high on Nielsen’s weekly Twitter ratings.

What’s interesting is that it topped the list with about 449,000 tweets compared to “The Voice’s” 1.2 million. What that means is that more people saw tweets for the “Sound of Music Live” than “The Voice,” making the actual unique audience higher. Either way, it’s a win-win for NBC with its programs ranking first and second for the week.

The top Twitter position further adds to the success of “Sound of Music Live.” Starring country singer Carrie Underwood and “True Blood’s” Stephen Moyer, the musical program gave NBC its biggest Thursday ratings since the “ER” finale in 2009. The holiday special earned a 4.6 rating/13 share in the advertiser-coveted 18-49 demographic, and 18.5 million viewers overall.

See the full Top 10 from Nielsen SocialGuide for last week below.