Taking place at the new A+D Architecture and Design Museum, it will be hosted by Kate Flannery, best known for her role as Meredith Palmer on “The Office.”

Forty-three films have been nominated for the “Best of 2014” Awards in six categories, as well as 13 actors in two categories.

The judges panel is composed of various Hollywood agents, journalists and NFMLA board members.

The reception will begin at 6:30 p.m., with the show beginning at 8. VIP tickets are $100; General Admission is $25. Both are available on the official website.

See all of the nominees below.

Best Performance in a Drama

Performance in a Comedy 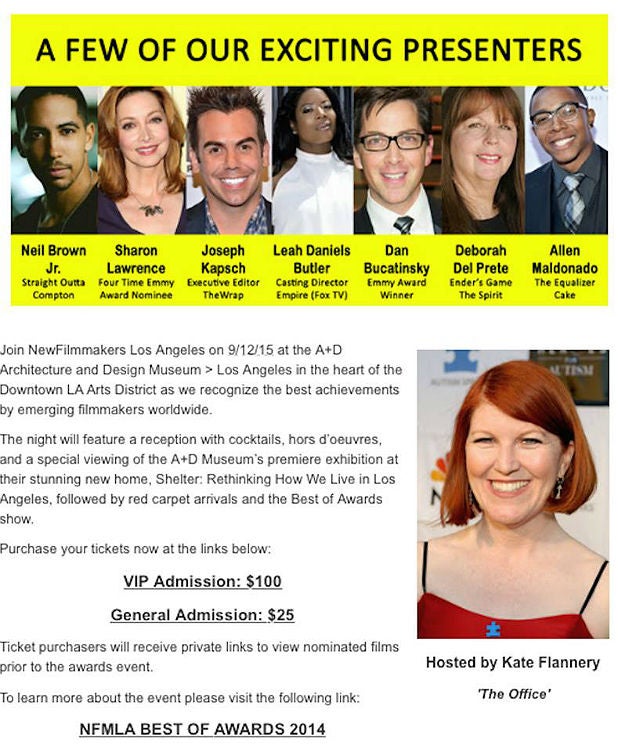