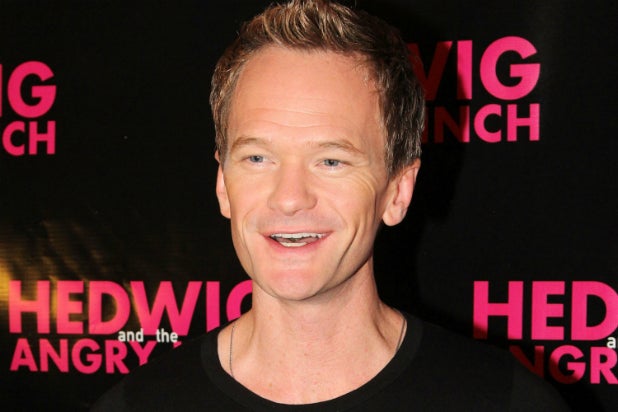 Neil Patrick Harris set a fan straight, in character no less, after the woman interrupted his Broadway show “Hedwig and the Angry Inch.”

The woman yelled, “I love you, Neil” in the middle of the show. Harris — who plays a transgender East German punk — yelled back, “Who’s Neil? I’m not Neil,” a spokesman with the production told TheWrap on Sunday.

The actor stayed it character, and followed it up with “I’m doing something up here, motherf-ker!”

The audience definitely ate it up, applauding the “How I Met Your Mother” star’s witty response, according to the New York Post.

The musical comedy, “Hedwig and the Angry Inch,” tells the story of a fictional rock ‘n’ roll band, and features Harris as Hedwig, a transgender rock star.

The show first premiered Off-Broadway in 1998 and was made into a 2001 film of the same name.

The revival is showing at the Belasco Theatre.

John Cameron Mitchell, who wrote the book and starred in the original stage and film productions of the show, gave his blessing to this latest incarnation.