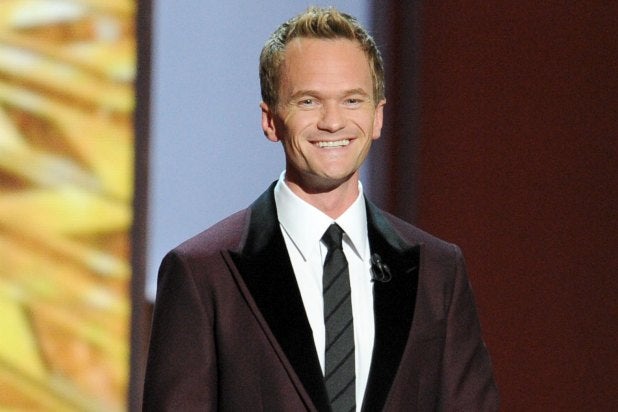 Neil Patrick Harris is going to the Oscars — as a host.

Former “How I Met Your Mother” star Harris has been tapped to host the 87th annual Academy Awards ceremony.

Though this will mark Harris’ first time hosting the Oscars, he has plenty of experience, having hosted the Tony Awards four times as well as the Emmy awards twice.

Harris also performed the opening musical number during the 2010 Oscars.

“It is truly an honor and a thrill to be asked to host this year’s Academy Awards. I grew up watching the Oscars and was always in such awe of some of the greats who hosted the show,” Harris said of the gig. “To be asked to follow in the footsteps of Johnny Carson, Billy Crystal, Ellen DeGeneres, and everyone else who had the great fortune of hosting is a bucket list dream come true.”

He also cheekily acknowledged the hosting gig with an online video. In the brief clip, Harris is seen uttering, “I’m in,” before scrolling down a “bucket list” with every item checked off, save for one: “Host the Oscars.”

The 2015 Oscars will take place Feb. 22 at the Dolby Theatre at Hollywood and Highland, and will air on ABC.

Oscars producer Neil Meron tweeted about the choice of host, writing “we are so THRILLED” that Harris is coming aboard.

we are so THRILLED that @ActuallyNPH will be our #Oscars host this year. Welcome to the #Oscars stage @craigzadan @TheAcademy

Harris follows in the footsteps of this year’s host Ellen DeGeneres.