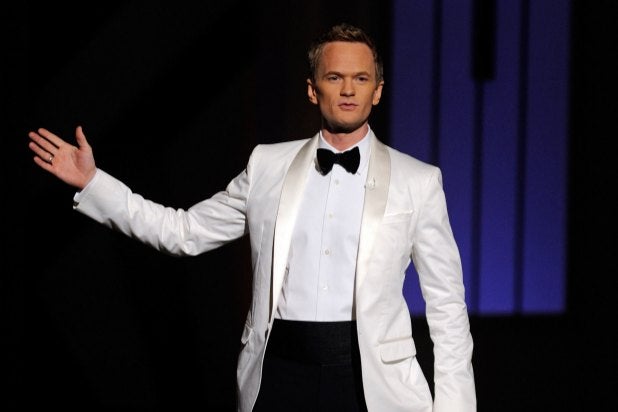 The “How I Met Your Mother” star and veteran awards show host will head up the special material writing team for the ABC broadcast, along with Emmy Award-winner Dave Boone, according to Oscars producers Craig Zadan and Neil Meron.

Boone is an Oscar veteran who has previously worked on eight telecasts. He won Emmys for his work on the 63rd and 64th Tony Awards and a slew of other nominations, including for his work on the 84th Oscars, which Billy Crystal hosted, and the 70th and 71st Golden Globe Awards. Additional writing credits include the “Primetime Emmy Awards,” “The Neighborhood Ball: An Inauguration Celebration,” “Dick Clark’s New Year’s Rockin’ Eve with Ryan Seacrest” and ABC’s “Dancing With the Stars.”

Greenberg is also an Emmy winner, having won an award for his work on the 63rd Tony Awards alongside Boone. Additional writing credits include “The Ellen DeGeneres Show,” the “Primetime Emmy Awards” and the “People’s Choice Awards.”

Steinberg has been nominated for three Emmy Awards and his TV credits the 84th Academy Awards, the “MTV Movie Awards” and scripted comedies like Comedy Central’s “Crank Yankers,” MTV’s “The Andy Milonakis Show” and CBS’ “The Crazy Ones.”

DelGaudio is a performance artist and writer who co-starred in Harris’ theatrical magic show, “Nothing to Hide.”

Pell is a vetran comedy writer who has worked on “Saturday Night Live” for two decades. She executive produced Judd Apatow‘s “This Is 40” and wrote “The Nest,” which features Amy Poehler and Tina Fey and will be released in 2015.

Carvell is a writer and executive producer on HBO’s “Last Week Tonight with John Oliver.” He’s worked three previous Oscar telecasts and wrote for Comedy Central’s “The Daily Show with Jon Stewart” for ten years, racking up six Emmy Awards for his work.