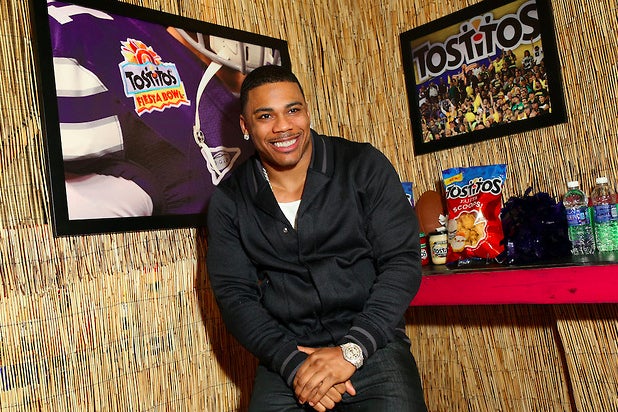 Nelly and Florida George Line had one of the most successful singles of 2013 with their remixed collaboration “Cruise” — what they didn’t get, was a Grammy nomination.

The snub was immediately noticed by critics and included on many “snubs” lists, including TheWrap’s, which was a collaborative interview effort with Damon Williams, vice president of Programming & Content Development, Music Choice. Nelly noticed it too.

The rapper, who left BET’s “Real Husbands of Hollywood” set for a Tostitos promotional appearance Tuesday at West Hollywood’s Cabo Cantina, doesn’t get it anymore than you do.

“I don’t know with the Grammys — I never got nominated for Best New Artist when I came out (with 2000s ‘Country Grammar’),” he told TheWrap. “I was five million (albums) sold by then, and I still didn’t get it.”

He’s not losing sleep over it though, adding, “We had a great year with that record — other people have warranted us with praises for that record, so we take it as we get it.”

The year of praise was capped off by a trophy (and performance) at November’s American Music Awards for Single of the Year. That could be a reflection that fans are actually more progressive than the Recording Academy, who selects Grammy nominations and winners.

“With our song, what I think what people fail to realize was the creative part of it and the transformation and the impact that it had as far as doing something that hasn’t been done,” Nelly continued. “But creativity does not get celebrated as much as what’s already working.”

Sustainability is about finding that perfect balance between what works and what would be considered not growing. Nelly’s new record, “M.O.” attempts to strike that level, but that’s far easier said than done. His poor sales — M.O. sold just 15,000 copies in its first week, the lowest of his career — reflect something that struggle.

He added, “And besides, you get your whole life to do your first album, you get a year to do your next one.”

Nelly also talked with TheWrap about one of the most viral photos of the year, where everyone in frame, including the rapper and “Hangover” actor Justin Bartha, is having a great time — except “Curb Your Enthusiasm” curmudgeon Larry David.

They weren’t at the New York Knicks game together (“Larry don’t call me to go out no more,” Nelly joked. “We used to go out, but bad accident at the Playboy party. He never recovered.”), but the serendipitous courtside seating will forever have the two cemented in the minds of internet trolls and meme-chasers.

In case you somehow missed it last month, here’s the incredible picture: