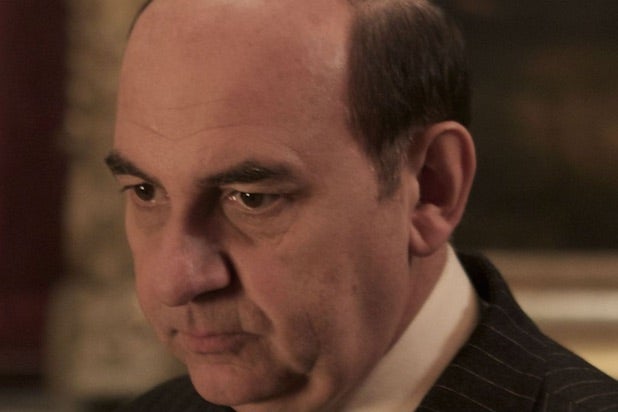 With “Neruda,” director Pablo Larrain set out to make an anti-biopic and totally stumbled. Paraphrasing his words following Friday morning’s screening, Larrain wanted “to take on and reinvent the genre.” Well, on that front, I’m sorry to say he rather failed.

But don’t lose hope! Instead of smashing the genre, Larrain has gone and made a smashing film.

Recognizing the futility in trying to fit any life into a neat two-hour narrative, “Neruda” takes place over one short period in the life of Chilean poet, statesman and Nobel laureate known as Pablo Neruda. It starts in 1948, when the outspoken Communist is made an enemy of the state, and ends about 13 months later, when the writer and senator flees over the Andes to begin his exile.

Here’s where the “anti” comes in. “Neruda,” which is screening in the festival’s Directors’ Fortnight section, doesn’t just follow Neruda over this period; it’s also about (and narrated by) by Peluchonneau (Gael García Bernal), the policeman tasked with arresting the fugitive poet.

The writer and the cop circle each other up and down Chile, and there are plenty of the close calls, but the poet always seems to have the upper hand. He leaves behind dollar-store detective novels with personal inscriptions for his pursuer. Ever the writer, Neruda is author of his own pursuit.

Larrain and his film have loftier goals than simple cat and mouse, mind you. Peluchonneau is sketched as a total blank, a gray-suited predator who, over the course of his pursuit, will be stirred to life and nourished by the words of his prey.

The cop loses himself in Neruda’s work, with every word and poem erasing one more part of his identity. More than somewhat overthought and overwrought, it plays like a riff on “The Lives of Others” as written by Paul Auster, and doesn’t entirely work.

As the poet, Gnecco is preening and vain and something of peacock — in short, human — and we cannot get enough of him. The film roars to fiery life every second he’s onscreen, and dulls when he’s not.

Gnecco’s secret, really the key to the character, is the understanding that the man himself is not quite ‘Neruda’. Though the name is a pen name (his passport reads Neftali Ricardo Reyes Basoalto), there is something more there. In Larrain and Gnecco’s take, the persona “Neruda” is a performance, a role that Reyes slips into, that often overwhelms the very man himself.

The film’s immense success at fleshing out the distinction essentially dooms whatever aims it had on being a punk-biopic. Seeing one man search for another is fine, but in “Neruda”, the real fireworks come watching one man discover his own self.