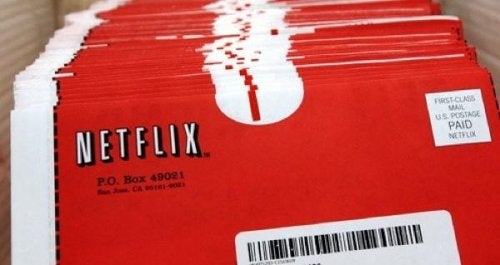 Leave the legal battles to Redbox — Netflix and Hollywood studios continue to play at dealmaking.

In another step toward home entertainment armistice, the popular subscription service on Friday agreed to honor a 28-day delay on new releases.

In exchange, Netflix gets greater access to titles from 20th Century Fox and Universal. The agreement follows a similar pact that Netflix reached with Warner Brothers in January.

As part of the deal, Netflix can stream more movies and shows produced by Fox. For the first time, it will be able to offer complete prior seasons of past Fox television series such as "Bones," "24," and "Lie to Me" via its streaming service.

Likewise, Universal will provide Netflix with more catalogue titles to stream, as well as better in-stock levels and more units once the 28 days are over.

The agreement will go into effect with the April 22 release of Fox’s "Avatar" and the April 27 release of Universal’s "It’s Complicated."

For the studios, the arrangement will, in theory, allow them to sell more DVDs before they become readily available to Netflix subscribers. In the past, Netflix has argued that it is amenable to a delay, because it derives over 70 percent of its business from older catalogue titles.

"As the home entertainment market continues to evolve, we’re exploring new and creative approaches to distribution with our key studio partners," Ted Sarandos, chief content officer for Netflix, said in a statement. "Our intent is to forge agreements that make sense for the companies involved and that, on the whole, improve the consumer experience and the movie ecosystem."

Netflix subscribers may not echo Sarandos enthusiasm, but one competitor who must be very happy is Blockbuster, which prides itself on being a destination for new releases. In fact, the agreement coupled with a deal that Blockbuster announced on Wednesday giving them access to new releases from Fox and Sony the day they hit stores, has provided the beleaguered rental chain with a rare week of good news.

Though Netflix’s other rival Redbox recently settled a lawsuit with Warner Brothers related to new release windows, but it has shown greater willingness than Netflix to resort to legal challenges regarding the studios’ demands for delays. It still has litigation pending against Universal and Fox.