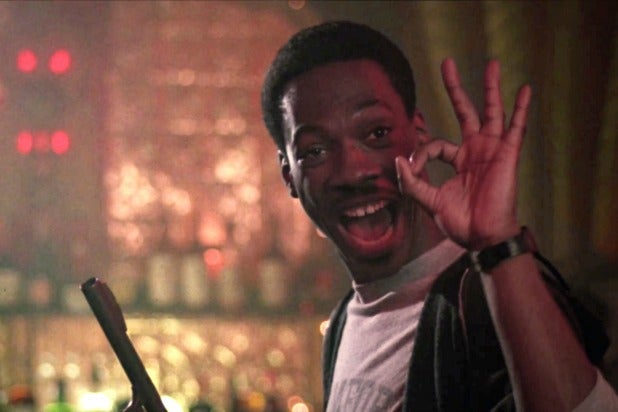 The original 1984 action-comedy film, starring Murphy as a quick-witted, trash-talking Detroit cop who investigates his friend’s murder in Beverly Hills, was a huge hit for the studio — and spawned sequels in 1987 and 1994. The three films grossed $736 million worldwide.

Paramount had been developing “Beverly Hills Cop 4” for years — but pulled the project from its release slate in 2016.

In recent years, the studio has made deals with Netflix for completed films, selling “Cloverfield: God Particle” to the streamer for an early 2018 release and offloading overseas rights to the Natalie Portman sci-fi film “Annihilation” after a 17-day U.S. theatrical window. But it’s an unusual move for a studio to license its own IP for an unfinished film.

In recent months, Paramount parent company Viacom has shown an increasing willingness to make revenue-generating deals on its library of content rather than hoard those rights for its own internal streaming services as rivals like Disney, Comcast’s NBCUniversal and WarnerMedia have done.

This week, Viacom’s Nickelodeon announced a multiyear output deal for films and TV series with Netflix. And last month, the company sold the exclusive streaming rights to Comedy Central’s “South Park” to WarnerMedia’s HBO Max in a deal worth at least $500 million.

The “Beverly Hills Cop” deal also comes as Netflix has helped to revive Murphy’s career with its new release “Dolemite Is My Name,” which has generated awards season chatter. The star is also shooting the sequel to another Paramount comedy hit, 1988’s “Coming to America,” that’s due for theatrical release next year.