With Netflix’s second-quarter earnings releasing on Monday afternoon, Wall Street will have its eyes once again fixated on — what else? — subscriber growth.

Netflix has been on a strong run, posting its best total subscriber growth in back-to-back quarters. As Netflix has surpassed 125 million accounts, its stock price has soared in the process — increasing 105 percent since the start of the year to over $395 a share. 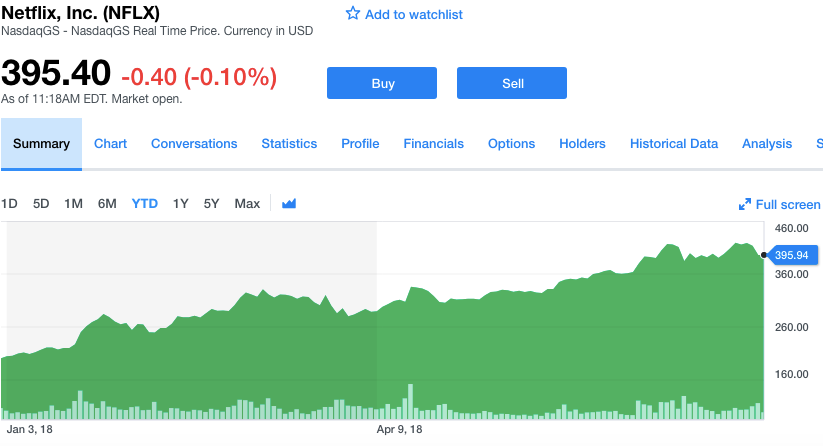 The symbiotic relationship between subscribers and stock price has served Netflix well. However, Netflix is also edging towards minimal growth in the States, with nearly 57 million domestic subscribers — or about one account for every six Americans — already using the service. Linking its Wall Street success to subscriber growth puts Netflix at risk of stumbling unless Netflix continues to put up strong international numbers.

“Tying the value of the company to subscriber adds, it’s going to get harder for them to continually do that because they’re reaching a saturation in the States —  which is why they’re doubling down internationally,” added Harrington.

The good news for Netflix shareholders, of course, is that it’s connecting with international fans so far. More than half of Netflix’s 125 million subscribers come from outside the U.S.

“We’re seeing enormous mass adaptation on the international markets, and we’re seeing this because the shows are so good in each market they’re addressing,” Ross Gerber, president and CEO of Gerber Kawasaki Wealth and Investment Management, told TheWrap.

Many of Netflix’s best-known shows are produced internationally, with “Fauda” from Israel, “Dark” from Germany, and “Narcos” from Colombia to name a few. These shows, according to Gerber, serve a dual purpose in that they appeal to audiences both at home while keeping Netflix’s “global community” satiated as well. 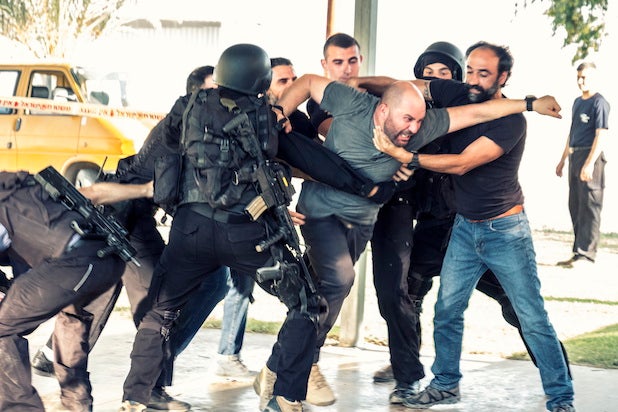 The second season of “Fauda” debuted in May

In the quarters ahead, Netflix will rise and fall on its international gains. CEO Reed Hastings is aware of this and has pointed to India and its population of 1.3 billion in particular as a key market. Compared to its domestic saturation, there is still plenty of room for growth: Netflix’s 68 million international subscribers comes out to about 1 in every 106 people with an account outside the U.S.

To keep growing, Netflix is spending big. Ted Sarandos, the company’s chief content officer, has said the company is spending about $8 billion on content this year — while The Economist recently projected that the figure could balloon to $13 billion.

“Netflix’s business strategy is to bulk up quick, get big now, and keep spending on content once they reach a certain equilibrium,” said Gerber. “They’re kind of in a race to get ahead of everyone else — and they’ve proven they’re ahead of everyone else. I think they have a couple more years of heavy content spend to solidify their position internationally as the global player.”

It’ll be worth keeping an eye on how much debt Netflix is carrying to help fund its expansion. Netflix raised $1.9 billion in debt in April to fund content and “strategic transactions,” after it had reported $6.5 billion in debt obligations during its first-quarter earnings. But investors have shown a willingness to look at Netflix’s debt as a forgivable sin, as long as it continues to rack up subscribers.

This could soon become more difficult. Netflix’s growth has been aided by offering releases from major, internationally-proven studios like Disney. But the Mouse House and other Hollywood stalwarts have since realized they’ve been “subsidizing their own destruction,” as Harrington put it, by allowing Netflix to ride its content to the front of the international streaming race.

Disney will be pulling its shows from Netflix next year as it prepares to launch its own streaming service. Amazon isn’t on Netflix’s level yet, but always lingers as a formidable foe. And Apple is readying its content strike, armed with more than 1 billion devices worldwide it can offer its shows on (think of it like the U2 album that automatically downloaded to your iPhone, but with something you might actually enjoy).

Those are battles down the line for Netflix, though. And if its able to keep churning out top-notch programming outside the U.S., Gerber said he could see Netflix pushing to 200-250 million subscribers in the next five years. That push starts Monday afternoon when we’ll see how much new territory Netflix has gobbled up since April.