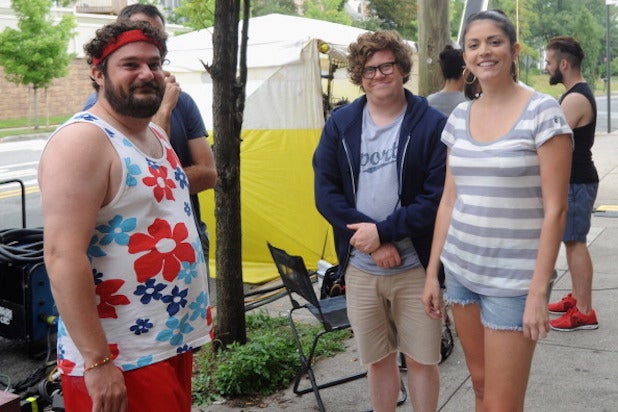 Netflix is finalizing a deal with Paramount Insurge for the “SNL”-packed comedy “Staten Island Summer” to debut exclusively on the popular streaming service this July, an individual with knowledge of the situation has told TheWrap.

Lorne Michaels and John Goldwyn produced the indie movie, which “Saturday Night Live” veteran Rhys Thomas directed from a script by “Weekend Update” anchor Colin Jost, who also has a small part in the coming-of-age film.

A representative for Netflix did not immediately respond to a request for comment.

Graham Phillips (“The Good Wife”) and Zack Pearlman (“Mulaney”) star as best friends and recent high school graduates who decide to work as lifeguards during the summer while they figure out their future. The film is reportedly based on Jost’s own experience as a young lifeguard in New York.

“Staten Island Summer” will debut on Netflix on July 30, according to insiders. The movie is the latest addition to Netflix’s impressive comedy stable, which now includes “Arrested Development” and “Unbreakable Kimmy Schmidt,” as well as the upcoming limited series “Wet Hot American Summer: First Day of Camp,” the feature “Pee-wee’s Big Holiday” from producer Judd Apatow, Ricky Gervais’ movie “Special Correspondents” and “The Ridiculous 6,” which is the first film under Netflix’s four-picture deal with Adam Sandler — another “SNL” alum.