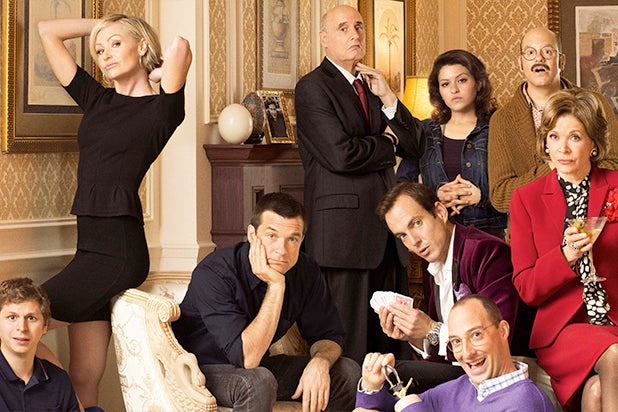 In an open letter posted to the ensemble comedy’s official Twitter account Tuesday, creator Mitch Hurwitz said that he had “TWO exciting updates about Netflix and the series” to make.

First, he said that Season 5 will be dropping “soon. Like real soon. Like, if you knew when, you would not be wrong to be thinking ‘why are we all just hearing this now?'”

And second — and far less vague — Hurwitz says Season 4 is gonna get a remix after the original “experimented with a Rashomon-style of storytelling” by focusing each of its 15 episodes on an individual character.T

The new version, titled “Arrested Development Season 4 Remix: Fateful Consequences,” reimagines the installment as a 22-episode adventure with interwoven storylines. And it’s going to drop on May 4 aka the “premature holiday the Bluth family know as Cinco de Cuatro.”

“The goal was that by the end of the season, a unified story of cause and effect would emerge for the viewer — full of surprises about how the Bluths were responsible for most of the misery they had endured,” Hurwitz wrote. “In some ways to be an experience for that viewer, perhaps, akin to eating toast, then some bacon– maybe a sliced tomato followed by some turkey, and realizing, ‘Hey, I think I just had a BLT.’ But in between season 4 and this upcoming season 5, I had time to take that Rashomon-type story and recut it — shuffling the content from 15 individualized stories into 22 interwoven stories the length of the original series — as an experiment to find out, well… I guess ‘if I could make some money.’ I mean, who am I kidding, I want this thing to syndicate eventually.”

Read Hurwitz’ full open letter in the tweet below.

On the next… Arrested Development pic.twitter.com/NjP26k9KE7