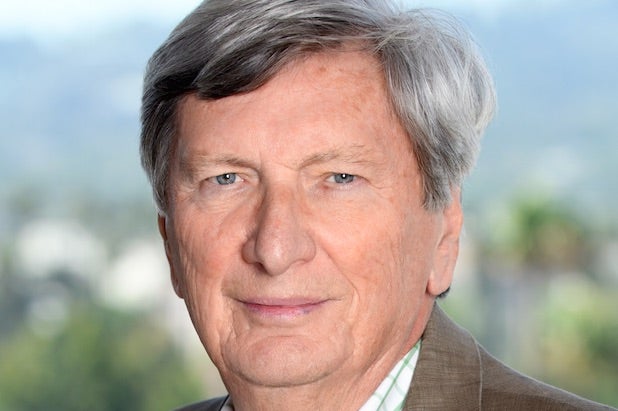 Cinematographer John Bailey was elected president of the Academy of Motion Picture Arts and Sciences one week ago, at a meeting where the AMPAS Board of Governors elected a successor to Cheryl Boone Isaacs, who served the maximum of four consecutive terms.

The first president ever elected from the Cinematographers Branch, Bailey is a 75-year-old film veteran whose movies include “Ordinary People,” “The Big Chill,” “Groundhog Day” and “Mishima: A Life in Four Chapters,” for which he won an award at Cannes. He’s a student of film and of Hollywood history, and he has also been one of the board’s most outspoken critics of Academy CEO Dawn Hudson, who has been under fire for the ballooning costs of the Academy Museum of Motion Pictures.

Bailey spoke to TheWrap about his relationship with Hudson, his support for the museum and his wish list as president at the end of his first week on the job.

What are your priorities as president?
The museum is the biggest thing on everybody’s horizon, and it’s some people’s biggest target. It’s certainly by far the biggest undertaking the Academy has ever had.

I’ve recently been reading Walter Mirisch’s great book (“I Thought We Were Making Movies, Not History”) where he talks about his tenure as Academy president. And it was during that time that the Academy knew they had to move out of their dilapidated building on Melrose, and had to find new quarters. And there was a huge back and forth — there were heated arguments on the board in terms of what to do about a new administrative building. At one point Universal Studios had offered land on the Barham side of the lot, and it precipitated a big conversation. Some of the governors said, “This is great, we should do it.” Others were purists and said, “We can’t afford to be indebted to a studio.”

They eventually ended ended up acquiring a property on Wilshire [site of the current Academy headquarters]. There was a huge amount of anxiety and fear at how expensive it was, the cost overruns, how long it was taking.

To get back to the point, that was in 1973 and ’74, and now it seems like it’s not such a big deal compared to the museum. But proportionally at the time, it was huge.

I think about that in terms of the arguments about the museum are all relative. We’re all aware that any kind of world-class architectural entity, whether it was the Disney Hall, the Pompidou in Paris, Frank Lloyd Wright’s Guggenheim Museum on Fifth Avenue in New York – those are all landmark architectural buildings, and the Academy Museum is going to be the same kind of thing. It’ll be a destination, artistically, geographically, aesthetically and cinematically.

But it’s a huge undertaking — this is Hollywood, and we do things big. And now that we’re starting to see the theater and the dome rise up above ground level, we’re starting to understand what it’s going to be. Before you could see that, people would say, “Oh, it’s stalled, nothing is happening.” But now it’s starting to be visible, which is an inspiration for the fundraising, which is accelerating.

But can the Academy complete the museum without assuming additional debt, which has been a real bone of contention with some members?
Like it happens with all these things, there were unexpected things that came up. You look at any of these great structures, those things happen. I do feel that since Rich Cherry has been brought on as the COO, he’s confident that things are going to go along as they should be. There may be glitches, but I think it’s coming together.

You’re known on the board for being a strong critic of [Academy CEO] Dawn Hudson. How are you going to work together?
I think we’re going to have a very smooth relationship. Dawn and I have been collaborating on a number of things over the years, especially in the last three years where I’ve been a vice president and chair of the preservation and history committee. And Dawn loves movies. It was Dawn who allowed me to move ahead with this idea I had of the “Film on Film” screening series. Dawn saw right away what those screenings could be – this kind of synergy between the archive and the museum and material in the oral history. That is a template for what some of the programming and screenings can be like in the Academy Museum.

I’m looking very forward to working with Dawn. We’ve worked together on a business level for a number of years now, but I don’t really feel like I know Dawn personally, or she knows me. So my wife Carol Littleton, who is a film editor and is also on the board, and I have asked her to come over to our home for dinner on Sunday night. And maybe we won’t talk about the Academy at all.

Your predecessors have essentially made the presidency a full-time job. You’re still a working cinematographer — do you plan to do the same thing?
I don’t know what a full-time job is. But Carol and I have talked about this. She’s now working on a movie for HBO, “My Dinner With Herve,” and I’ve made the commitment to not do a picture this next year. And that’s OK with me. I don’t need to prove anything regarding myself as a cinematographer. This is really an opportunity to become deeply engaged in something I believe in very much, the Academy and its programs. It’s unlike anything I’ve ever done in my life, and it brings a kind of excitement and energy that makes me feel reborn.

Under Cheryl Boone Isaacs, the Academy went through the #OscarsSoWhite protests and launched a huge diversity initiative. Do you see that initiative continuing in the same way under your leadership?
I don’t know if anything ever continues in the same way. But I’m hoping we’ll find a way to make it even more responsible to the wealth of talent we can bring into the Academy.

I also believe very much in expanding our outreach to international members. One of the things that was so exciting to me was in my own branch last year, when we sent out invitations to cinematographers around the world. One in particular was Jose Luis Alcaine, who shot a lot of Pedro Almodovar’s movies. Here’s a guy who’s got over 150 credits, he’s even older than me, 79, and we issued an invitation to the Academy and he accepted. There was another Mexican cinematographer, Ernesto Pardo, who shot a very low-budget documentary called “Tempestad” mostly in a bus. This man only had 11 credits in documentaries, but the work was so extraordinary and so affirmative that we decided to issue an invitation to him. There you have two extremes.

That’s initiative, too, and that’s diversity.

Any other passions for your tenure as president?
I have such a love for foreign films, and my own feeling is that I would like to see more foreign films in the regular members’ screenings on weekends. Right now, the only chance we get to see some of these films is if they get submitted to the Oscar foreign-language race by their home countries. And we have no say in those submissions. Here’s a chance for us to see some of those movies as regular members’ screenings.

The attendance of the weekend members’ screenings has not been particularly exciting recently – because let’s face it, many of the movies lately are ones that people haven been particular eager to see. So why can’t we include more great foreign films that might have played in Cannes?