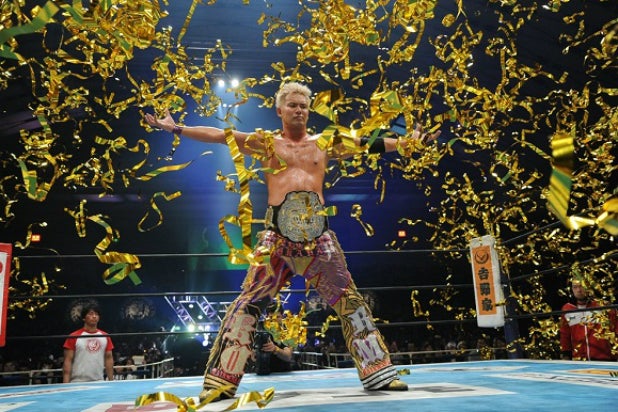 AXS TV is giving professional wrestling its own night: “New Japan Pro Wrestling” and “WOW – Women of Wrestling” are moving from Fridays to Saturdays, TheWrap has learned exclusively.

Starting July 13, those summer Saturday nights will feature an eight-week recap of “WOW” Season 1 matches. The show’s 24-episode second season premieres on Sep. 7 at 8/7c, when a stable of new and returning Superheroes — WOW’s branding for its wrestlers — will try to take the belt off of Tessa Blanchard.

Among all that other all-female action, “WOW – Women of Wrestling” Season 2 will also feature a single-elimination tournament to crown tag team champions.

“WOW” founder David McLane and Stephen Dickey will again provide the analysis and commentary for Season 2.

After that, every Saturday night, AXS TV will air two hours of the tourney, which will be called by Kevin Kelly. AXS TV’s same-day coverage will also feature the A Block Final on Aug. 10. Special coverage of the B Block Final will air on Aug. 17, and the Tournament Final comes to cable on Aug. 24.

Ordinarily, being scheduled on a Saturday would be a bad thing for a TV show. In this case, the move will actually allow for much faster turnaround of NJPW events, as you can get a taste of through Climax 29 coverage.

Previously, the Saturday night New Japan events would have to wait until the following Friday to air on AXS TV. Now, Saturday shows will air on cable television less than 24 hours after they take place, which ought to be music to NJPW fans’ ears.

New Japan superfans can still pay for live coverage via the NJPW World SVOD service. You’re just going to be paying like $9 a month and waking up really early.

“WOW” and “New Japan Pro Wrestling” used to air as part of AXS TV’s Friday Night Fights block. They were paired with mixed martial arts action on “AXS TV Fights,” which will remain on Fridays.