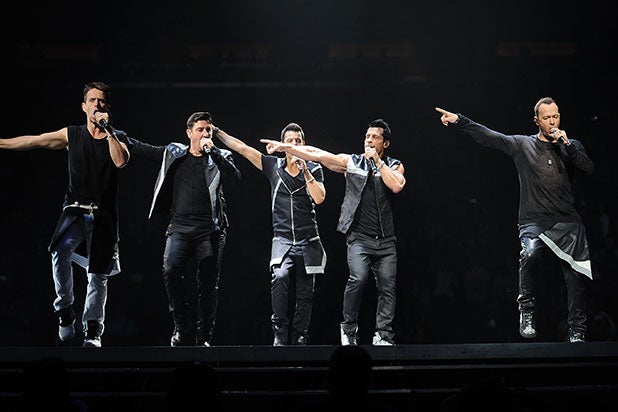 Donnie Wahlberg has set a Guinness World Record for taking the most selfies in three minutes.

The New Kids on the Block bandmate took a total of 122 selfies in the allotted time, officially becoming a Guinness World Record holder. Wahlberg was aboard the band’s 8th annual NKOTB cruise with almost 3,000 fans on board.

A Guinness representative was on the ship to witness the singer’s attempt, and officially declared Wahlberg as the record holder. According to the organization’s official website, the record was previously held by Aruba, a Hewlett Packard Enterprise Company in Singapore, where 119 selfies were taken on Sept. 28.

Fans lined up on the deck of the cruise ship and hustled to take a picture with Wahlberg, who kept snapping away whenever a new fan popped into the frame.

When the Guinness representative read the number of selfies out loud, the whole cruise ship cheered for Wahlberg, who was also awarded an official plaque.

See Photos: Mark Wahlberg Reunites With New Kids on The Block for First Time in 20 Years

New Kids on the Block also featured Donnie Wahlberg‘s brother, Mark Wahlberg. The latter was one of the original members of the group, but left after just a few months to pursue a solo career. He would go on to a successful rap and modeling career before finding success as an actor. Brothers Jordan and Jonathan Knight and Joey McIntyre were also part of the group that rose to fame in the 1980s.