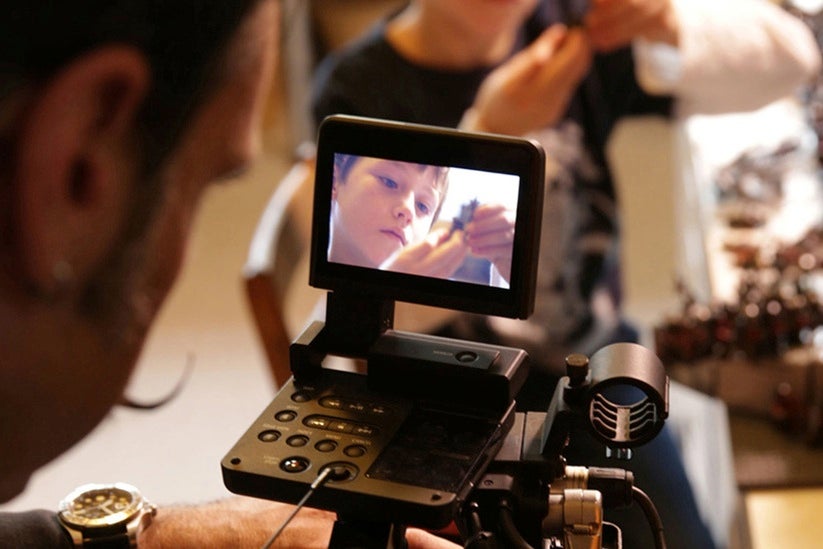 Fans of February’s big hit “The Lego Movie” won’t have to wait three years for more big-screen adventures, even though the movie’s sequel isn’t scheduled to come out until 2017.

That’s because there’s already another Lego movie ready to go – a documentary called “Beyond the Brick: A Lego Brickumentary,” which premieres at the Tribeca Film Festival on Sunday night and seems likely to find a distributor in short order.

The film is the product of two documentary directors better known for tougher subject matter: Daniel Junge won the Oscar for his doc short “Saving Face” three years ago (it was about acid attacks on women in Pakistan), while Kief Davidson was nominated for his short “Open Heart” the following year (about kids with heart disease in Rwanda).

Also read: Tribeca Docs on Government Spying: ‘What Was Illegal Under Nixon Is Legal Under Obama’

The two spoke to TheWrap the day after they finished their movie, and only a few days before its premiere at Tribeca.

You’re both known for pretty serious films. How did you get involved with a Lego movie?
DANIEL JUNGE: Although we have done other things, we’ve spent a lot of time making quote-unquote serious films. So this is an opportunity for us to expand our lexicon and show we have wider range as filmmakers. The project started when our exec producer approached me and wanted to do a film on a certain Lego convention. And I thought, has anyone done a film on the entire community?

I looked around and found that no one had done the consummate Lego documentary. So we approached Lego, who had been approached before and had always said no. And I guess we came with the right plan, which is a film based on the community but covering all things Lego.

KIEF DAVIDSON: Daniel and I have known each other for a bunch of years, mainly through having films on the festival circuit together. And when I found out about the Lego doc I was all over everyone to jump on it.

With two directors, how did you decide who did what?
DAVIDSON (right): We had a real divide-and-conquer on it. It was a pretty overwhelming, daunting project when we started talking about it, because there’s so many different stories you can tell with Lego. And from a production standpoint, Daniel and I rarely worked together. I’d be in Europe or China, and Daniel would be all over the place.

It’s pretty interesting to have two directors working separately but trying to make one cohesive film – and it was also challenging because Daniel is based in Denver and I’m in Los Angeles.

Obviously, independence and artistic control is usually a big priority for documentary filmmakers. Was this different? What was Lego’s input?
JUNGE: We have independent editorial control, but they did have veto power over things specifically about their brand. And also, all the stuff that we shot with Legos was under their auspices.

DAVIDSON: I imagine that if we had put a nose on one of our Lego characters, that would have been a no go?

JUNGE: Yeah. And we had to be very careful with language in our film. But what were we gonna do, find out that Lego bricks cause cancer? This is a celebration of a brand pretty much universally loved around the world. If there was a big dark side here we probably would have found it, but it’s a great subject to be celebratory about.

DAVIDSON: It was nice to be able to jump on a project with a brand that you grew up loving, and celebrate the creativity behind it. It was kind of a well-needed film for me, in that I could really bond with my own child and show him something I was working on.

When “The Lego Movie” became such a hit, did you have to hurry up to finish your film?
JUNGE (right): They had wanted the films very close to each other. We were initially aiming for them to be released at the same time, but we had stories that we were still developing and finishing. We could still be cutting, really, but we want to release them within a six-month window. And part of the reason that Lego said yes is that they know that the time is right for their company.

DAVIDSON: I think at the end we had at least four editors going at the same time to get it finished.

So are you both going back to dark, serious movies after this?
JUNGE:  I’m doing a film on Evel Knievel, with Johnny Knoxville. Not too doomy and gloomy – I’m not headed straight back to human rights and civil justice just yet. And I’ve got another film coming out this week, “Fight Church,” about evangelical cage fighters.

DAVIDSON: I’m working on a film about a bunch of former outlaw bikers that are now trying to do good. I wouldn’t say it’s ultra-heavy.