New York Times reporters have been encouraged in an internal memo from executive editor Dean Baquet to “meaningfully reduce” the amount of time they spend on Twitter in the face of online harassment.

“We can rely too much on Twitter as a reporting or feedback tool — which is especially harmful to our journalism when our feeds become echo chambers. We can be overly focused on how Twitter will react to our work, to the detriment of our mission and independence,” Baquet wrote in a memo obtained by Insider. “And for too many of you, your experience of Twitter is shaped by harassment and attacks.”

Baquet acknowledged that in the past, NYT reporters were encouraged to use Twitter to engage with readers and promote their reporting, but now notes that many reporters, particularly women and people of color, have faced more online harassment. 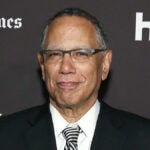 He also noted that social media should not be used by reporters as the basis of their reporting and editorial judgment, writing that it “should be only one input out of many for reporting, listening to feedback and gaining understanding of any story or issue.”

“It is clear to us that there are many reasons you might want to step away, and we’ll support anyone who decides to do so,” Baquet wrote. “If you do choose to stay on, we encourage you to meaningfully reduce how much time you’re spending on the platform, tweeting or scrolling, in relation to other parts of your job.”

As part of a “reset” of NYT’s social media policy, Baquet says that the paper will launch a new initiative to support reporters facing harassment, including “new training and tools to help prevent and respond to online abuse.” At the same time, Baquet also instructed his staff to refrain from “tweets or subtweets that attack, criticize or undermine the work of your colleagues” and warned that editors will be paying “close attention” to how reporters use their social media accounts. 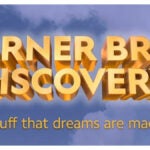 Washington Post tech columnist and former NYT reporter Taylor Lorenz, who has discussed online harassment and criticized how the Times handled the attacks she faced while working there, said that these two directives contradict each other and “only deepens the NYT’s vulnerability to bad faith attacks.”

“A good social policy is about supporting your staff, protecting them against bad faith attacks, and recognizing that we all live as full humans online now,” she wrote. “The masthead editors are more obsessed w/ Twitter than the majority of the newsroom, stalking down employees every reply. Saying they’re going to police that even more is counterproductive, damaging to journalists, especially those who need to use the internet for reporting.”