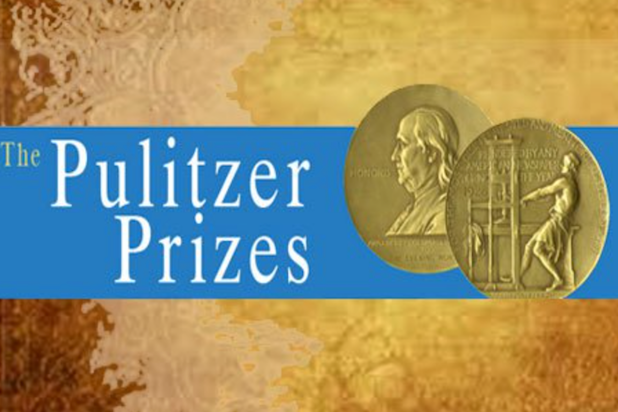 The 2016 Pulitzer Prize winners were announced on Monday, with the 100th edition of the prestigious awards marking the first in which a magazine was honored, with The New Yorker winning in two categories, feature writing and criticism.

The Associated Press took home the Public Service award for its “Seafood and Slaves” series; the Los Angeles Times staff won for Breaking News Reporting in covering the San Bernardino shootings; and Leonora LaPeter Anton and Anthony Cormier of the Tampa Bay Times and Michael Braga of the Sarasota Herald Tribune teamed up for the Investigative Reporting Award exposing the escalating violence and neglect in Florida mental hospitals.

The New Yorker editor David Remnick shared a note with his staff following the announcement of the 2016 winners which included Emily Nussbaum for her television criticism. Kathryn Schulz won for Feature Writing for her scientific narrative about the rupturing of the Cascadia fault line, “a masterwork of environmental reporting and writing,” according to the Pulitzer committee.

“Last year was the first time in the century-long history of the Pulitzer Prizes that magazines were permitted to submit entries. The New Yorker got off to a remarkable start,” Remnick told staffers. “This year’s results are simply astounding–and a source of immense pride.”

Redneck continued by saying,”this is a day of celebration at The New Yorker, first and foremost for these writers, who are so deserving” before inviting his staff for a celebratory toast later this afternoon.

Four New York Times photographers have won the Pulitzer for their photos of Europe’s refugee crisis. Mike Pride, administrator of The Pulitzer Prizes, announced the winners.

“It was really a robust year for journalism,” Pride said.